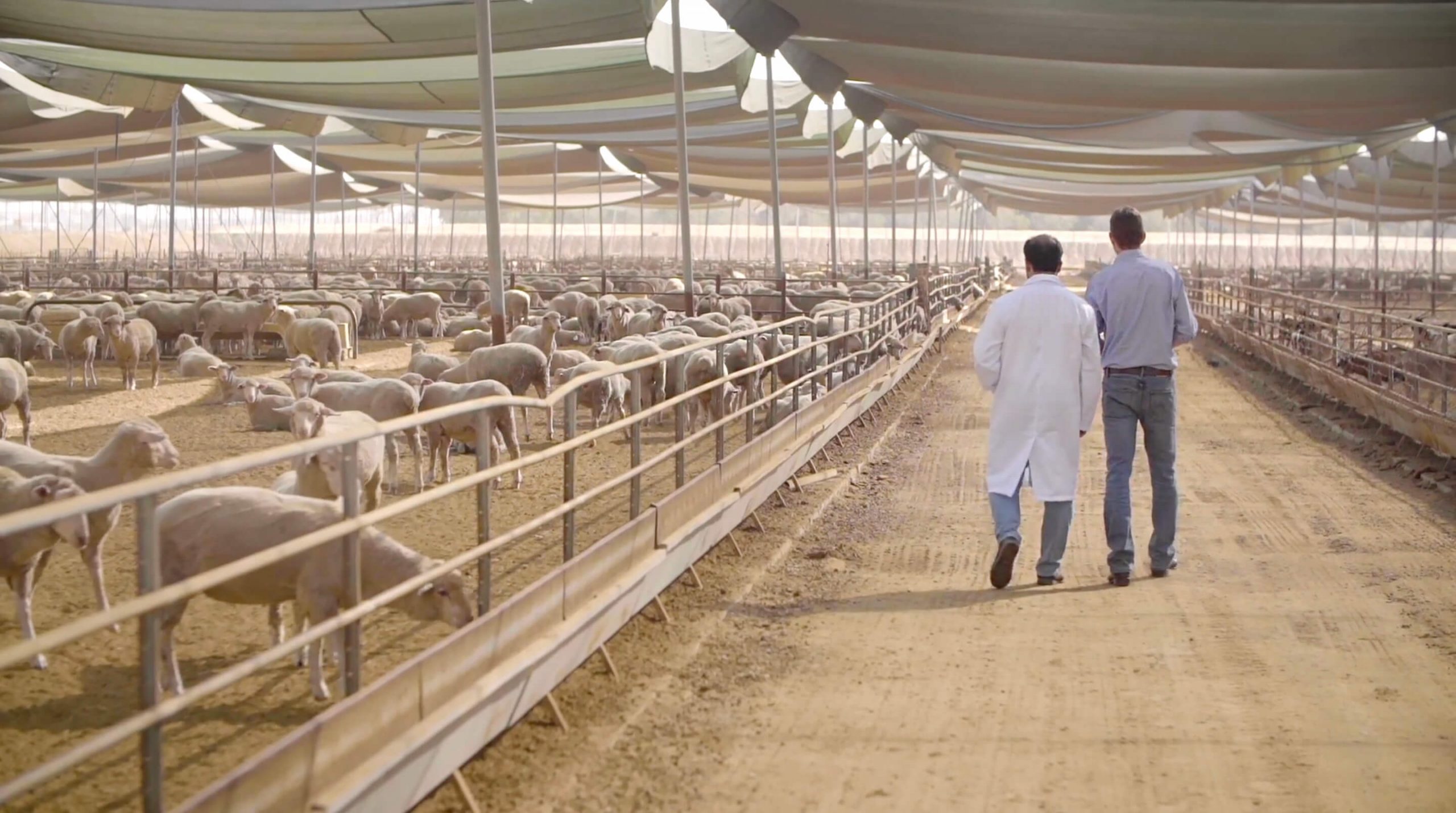 When creative content has the power to save a whole industry

When you hear the words ‘live export’ (or type them into Google), there’s a fair chance that you’ll be flooded with imagery of distressed animals and emotive language that’s nothing short of shocking. At the forefront of the controversy was Emanuel Exports, but all Australian livestock farmers, truck drivers, suppliers, welfare officers, and even consumers were impacted by the coverage that saturated media channels within a matter of days. Their industry was hit with a terrible blow.

But, only one story had been told. As storytellers at heart, Lush was ready to work with the live export industry and tell the honest untold stories of everyone involved. These people, and their stories, became The Livestock Collective.

The biggest challenge to face the sheep industry in decades

Veterinarian and Animal Welfare Compliance Officer, Dr. Holly Ludeman was right in the thick of things when the controversy aired, having spent most of her career in the live export industry. Within 12 months, live export was completely stopped at certain times of year, Emanuel Exports had their licence suspended, and massive reviews kicked into action.

While the industry hung in the balance, there was little to no response given from the people who made up the live export trade. “There were many little voices speaking out,” explains Ludeman, “but they weren’t effective. There was a fear around voicing our side because it was seen as such a high risk to go out against the activist groups who were so well funded.” The team at Lush saw an opportunity for all of these ‘little voices’ to stand together and start telling their not-so-little stories.

Lush brought on Nic Hayes, Media Stable Managing Director, to ensure that the content marketing strategy had the power of traditional media behind it. It was clear that the media had become a space of heat and conflict for the live export industry; however, Lush knew that there was another story to be told.

A brief that goes straight to the heart

Ludeman has always been clear that she works for the animals. It’s her job to ensure their health and safety, championing for animal welfare alongside Australia’s strict regulations, especially when it comes to the live export industry.

When Ludeman approached Lush, it was with one clear objective: to change the hearts and minds of Australians regarding live exports. “I had seen some really powerful videos made by Lush so I knew that they had the ability to capture factual footage and conduct meaningful interviews,” said Ludeman. “I had the idea of a social movement campaign but at that time I wasn’t brave enough to go forward with it.”

The truth about transparency

Creative Director, Gavin Carroll, knew that true transparency was the only thing that would work to educate Australians and help to combat the emotive images they had already seen.

“No area was ever closed off to us. Nothing was contrived, no one ever stopped us filming or directed us into certain areas to film a particular scene that had been set up or manipulated in any way. We were there to observe and tell a true story,” said Carroll.

More powerful together: the birth of The Livestock Collective

“The idea behind creating The Livestock Collective was to bring together industry,” said Carroll, “so the Australian public and the government could see that there are educated people and a strong legacy behind this industry. Farmers have done it for 40 – 50 years, but then there are people involved in the industry that you may not have realised, like the truck drivers, suppliers, vets, and a whole wool industry.”

Lush’s content marketing strategy required a unified response from people all along the supply chain with humanising stories that had the power to create empathy.

Inviting politicians and media on board

To launch The Livestock Collective, Lush worked with Ludeman to create an engaging invitation that was impossible to refuse, in the form of a video blog. “Once we had created the footage on board a ship, I sent it out to every politician in W.A., asking them to come and have a look at a loading vessel,” said Ludeman.

This strategy was hugely effective, giving The Livestock Collective a platform to communicate directly to the state’s leading decision makers and public influencers. The team at Lush filmed the whole process and offered communications guidance to ensure that the messages were aligned with the overall content marketing strategy.

This thread of honesty and education continued as farmers were next to tour the vessel, followed closely by 6PR and Channel Nine who were offered the exclusive media story. “The exclusive media launch was made into a feature with Oliver Peterson on the 6PR drive show and Nine News … Once the other media networks got wind of the exclusive, they all wanted the story.” With stories running on ABC, Channel 7, Channel 10, and SBS, The Livestock Collective was starting to make its mark.

The key was to get the right attention at the right time. Lush brought on Nicolle Jenkins, The Hub Managing Director, to work alongside their communication strategy and launch a dedicated website for the Collective in just five days. A suite of videos then went live on the website which showcase the whole process of live export.

“The most important thing was that we were there to observe, so we shot everything in a documentary style,” said Carroll. “We also set up time-lapse cameras on the boat for 16 days to capture the whole journey across to the Middle East.”

Ludeman also filmed the sheep each day as well as the instruments that measure the humidity, the temperature, and the conditions under which they were living. With all of this raw material, the production team at Lush has created over a dozen video clips for the website, ten social media videos, eight video blogs, and a longer form video specifically for release to MPs.

Alex Lush, Manager of Video Production, and Carroll, spent eight days filming in Kuwait and Dubai, conducting 23 interviews and getting an intensive lesson in sheep health. “We gained training around what a stressed animal looks like and the behaviours they exhibit if they’re distressed. It was amazing to see how calm the animals really were throughout the whole journey,” said Carroll.

The urgency around the campaign was all to do with the government agenda. Ministers were set to decide, by the end of February 2019, if live exporting was going to continue or if new restrictions were going to be put in place, making it a completely unviable business for all involved; from stock managers to truck drivers, shearers, and vets.

Telling the untold stories: the results

The brief called for a change of hearts and minds among the Australian population. With The Hub at the wheel, executing social media communications, the team have been able to gauge public opinion. In just 28 days, The Livestock Collective gained:

When it comes to media statistics, Hayes reported that Channel Nine viewer numbers went up 30,000 the night that The Livestock Collective was launched to the public.

“Last weekend, I was camping and a farmer heard I was in town, so he came and found me to say, “It’s amazing what you’ve done; thank you.”

“We are getting so much positive feedback from other industry people, especially farmers on the ground. There are now ten organisations officially backing The Livestock Collective and people genuinely want to talk to me to keep the initial momentum going. I was even invited to be on a podcast!” said Ludeman.

A good marketing content strategy can give people a voice and spark meaningful conversations. A great content marketing strategy has the power to propel those voices onto a platform larger and more influential than you can possibly imagine.