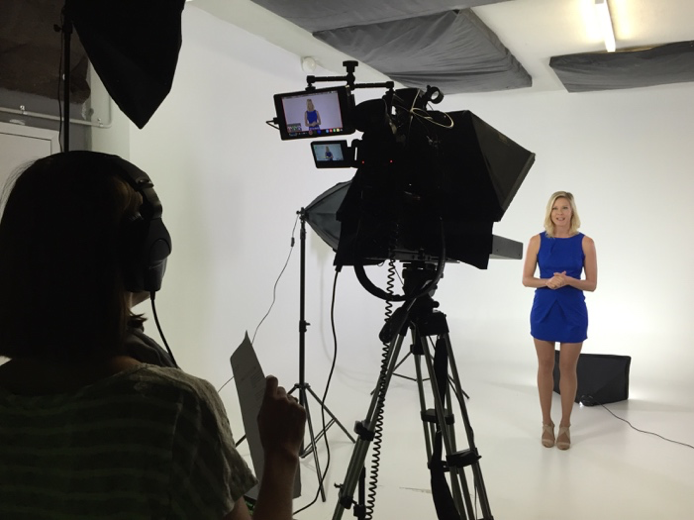 ­­­No matter how big or small a project is, it always rides on one constant — the budget. It’s what dictates talent, production value, delivery and (sometimes) even quality. But — and here’s the thing — it doesn’t always have to.

Now I am not saying that a small budget can still equal a high-end film. What I am saying is that you can still produce quality work that speaks to your audience on a budget that doesn’t cost the price of a small city.

I work with clients’ budgets every day. Some are large; some aren’t — and that’s OK. Does that mean I put in less effort or thought into the lower budgeted projects? Absolutely not. In fact, sometimes it actually gives us more creative scope.

What’s the secret to producing a high-quality production on a smaller budget? Boundaries.

So, here are my five hot tips (these are better than regular tips) on how to make a video production on a budget.

Recently I met with a client who needed a video produced. They had ‘kind of’ an idea of what they wanted but weren’t really sure what they were trying to say. They hadn’t thought about their key messages at all — they didn’t know what they wanted to convey or who their audience was. They had spent a lot of time thinking about where to film, though. They knew who to film, how long they wanted the piece to be — even whether there would be coffee at the shoot.

As the production house, it is our job to breathe life into your key messages, not write them for you.

Once the client knew their boundary was that they needed to nail their key messages, everything else became background noise. It forced them to look internally, think about their organisation and make sure the money they were investing into this production was well spent. Most importantly, it helped ensure they were sending a message their audience would actually hear.

None of these things are wrong, but when you’re working to a tight budget, ‘time is money’. If you can work out your key messages before coming to the production house, it’s going to save you a lot of time in pre-production, which in turn will keep you on budget.

Scripting is not a dirty word and it doesn’t dilute your content.

When we build stories around organisations, the default thinking can tend to be ‘let’s interview 35 staff and film in six locations’. That is not going to be good for your budget. It can be done, yes, but that doesn’t mean it’s the best way of achieving the desired result. Remember this is about video production on a budget.

Knowing your key messages means we can craft a very tight script that goes straight to the point of what you’re trying to convey to your audience. The delivery of that script brings me to my next point…

Whenever we are working with a client who has a tight budget I always explore the possibility of filming in our studio, rather than on location, and using one of our in-house presenters.

But ‘talent costs money!’ I hear you scream. Yes, they do. But hiring professional talent will cut filming time by 60 per cent. What might take our talent one hour to film in our studio could take one day for a crew to travel to your location, set up, light it, and then produce the delivery of one of your staff members who has never spoken on camera.

For me, this is an absolute “no-brainer” when it comes to producing projects with a smaller budget.

Does this mean we won’t come to your location? No, of course not. But if you get the bulk of the content produced in the studio, using reliable talent and good scripting, it means we only need to visit your location to capture the overlay shots or supporting stories. This cuts down on the number of days we need to be on location and saves on your budget bottom line.

Supplying the production house with your style guide and graphical assets saves them a heap of time searching for them online, downloading them, up-scaling them for video, and so on.

If we have your assets at the start of production, we can build them into the edit and brand your production properly right from ‘version one’. It’s incredible how having a colour palette to work with right from pre-production can make production and post-production run more smoothly. For example, the talent’s clothes can be tailored to your brand and camera framing can be planned; backgrounds or sets can be organised, lighting and other aesthetics handled in post-production can be better planned. This can really make or break the budget. The term ‘fix it in post’ is blasphemy around here; ‘add it in post’, that’s another story!

Reviewing is a process that is all too easily forgotten by clients and it really hurts their budget. Most production houses will stipulate how many changes they will be willing to make before you have to pay extra for every change. Ours is two.

When you receive the first version of your video, make sure everyone in your organisation who has the authority to make changes gets to see it. Don’t make the mistake of one person viewing it and sending through their changes to the production house; their changes will be counted as one set of changes. If six people do the same thing, then you’re in a whole lot of budget pain because you’re suddenly paying for six sets of changes rather than two.

Collate all your changes on one document. Send it through once and get those edits completed the first time around. This will make or break your budget!

So there it is — five ways to help you stay within a tight budget. (To be honest these principles work across productions with large budgets as well.)

Everyone should be able to tell their story without a budget grossly inhibiting them. If this resonates with you and you now realise ‘yes, maybe we can do this’, contact me at Lush – The Content Agency. There are always possibilities no matter how small the budget. Don’t be scared of ‘the B word’.

About the author : Gavin Carroll

Gavin Carroll is the Creative Director at Lush - The Content Agency, and oversees the production house. He has a diverse background as an editor, compositor and DOP.

Join 5000+ other savvy business owners and sign up to our fortnightly newsletter. You’ll get practical advice, strategies and helpful content marketing resources delivered right into your inbox.