5 things every creative needs to know 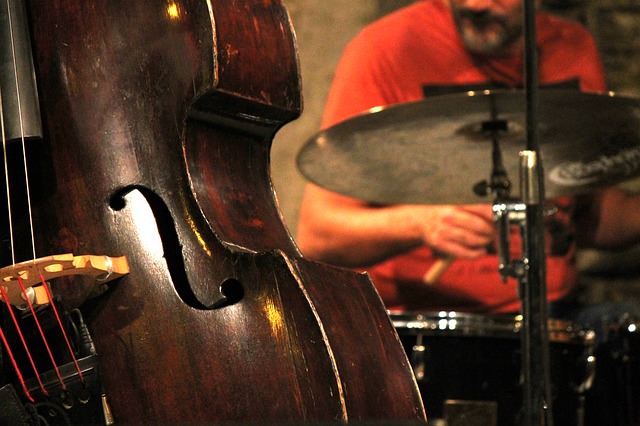 But creativity doesn’t necessarily come easily. Creative people can often get bogged down trying to achieve an outcome instead of enjoying the process. A career in the creative industries can be a hard road to travel — even if it is an incredibly rewarding and satisfying one.

Here are five things that I have learnt over my years working in the creative industries (and I can honestly say I come across all of these every single day):

1. Boundaries are your friend

Creativity actually works best with defined boundaries. When I set out to work on a project I first try to work out what is going to hold me back, what I can get away with and what I can’t get away with. As I delve deeper into a project — whether it is a film shoot, editing or motion graphics — I find that if I know my boundaries it gives me more space to be creative.

Last year a software company came to us to produce a film about the myriad tasks their software was built to do. It was very complex. The company’s potential audience was global. In order to meet the client’s brief I had to set the boundaries for us to work within. (I don’t mean budgetary boundaries; I mean content-driven boundaries.)

So I set the client some homework. I asked them to come back to me with three pieces of information:

What this little homework process did was cause them to think about their messaging with strict boundaries. In turn, this gave the creative team and me a clear place to start — and kept us focused on what we needed to achieve creatively.

Over the course of a couple of meetings between our creative team and the client, we built five tight scenes that would convey the exact message the company wanted to get across.

With the message and the creative execution now right, I had a courageous moment: I took the client aside and suggested that the aesthetics of their software didn’t really work with what we were trying to achieve creatively. I asked if we could embellish their software so that it looked and functioned the way we thought it should. They said yes. It was a nervous unveiling of the first cut, I can tell you, but the chief executive turned to me and asked if they could take our designs and build them into the software.

For me this is a great example of how working within boundaries is a much stronger way of approaching creativity.

No runner has ever won a marathon without months of practice first. Give yourself some short-term goals to help you achieve the results you want.

I learnt this lesson as a teenager. I remember listening to Paul Simon’s Late in the Evening over and over again, trying to learn the song’s drum pattern. I got my teacher to write out the pattern for me and then I watched him play it — flawlessly. As his hands and feet moved around the kit, I was mesmerized. I sat down to give it a go.

I couldn’t play it. It was far too complex. I couldn’t even get the first four notes out. I had to go back to basics. I had to strip away all the extra drums and just play it — slowly — on a practice pad. It took me a good couple of weeks to master the basic pattern and then bring it up to speed. It was another month before I could play it on a full drum kit. But to this day, I can still remember how to play Late in the Evening because I stripped it back to a limited place.

3. Problem-Solving is always better than knowing everything

There were many occasions during my early career when I found myself saying yes to freelance jobs that were beyond my skill set. I knew if I said no to the work because I lacked the skills to do it, I would never get work from that person or business again.

4. Don’t let your tools define you

There are so many tools out there to help us do our jobs that sometimes they can become a barrier to our creativity. Thinking ‘if only I had Photoshop’ or ‘I could do it if only I had that plugin’ is dangerous because it stops you from being creative.

When I began editing, I had an old PC and a copy of Premiere 6.0. I remember thinking to myself, ‘one day when I can afford, I’ll buy a Mac because that’s what real creative people use’. That PC served me for my first five years in business and edited a lot of work. When I eventually bought my first Mac and Final Cut Pro I thought, ‘my work is really going to go next level’. It wasn’t until I sat back and reflected on my first edit out of the Mac that I realised all the skills it had taken to complete that job had been learned on my crusty old PC. Yes, the software was newer and the machine faster, but at the core the work was the same.

5. See creativity outside your own creative space

If you’re a designer, watch a film. If you’re a filmmaker, go to the art gallery. One of the most inspirational things to do as a creative is see the value in the work of other creatives outside your field.

To this day I love nothing more than watching a live band, a singer-songwriter, or an artist who has mastered their craft but isn’t satisfied with staying in that place.

Ask yourself, ‘where can I be inspired outside my own creative bubble?’

So what am I driving at with all this? Creativity is not one giant step; it’s thousands of little steps. It compounds. It takes time. It takes practice. It takes boundaries and it certainly takes hard work. It’s also forever evolving (although you can always find new inspiration in old places: I’m off to listen to Paul Simon!)