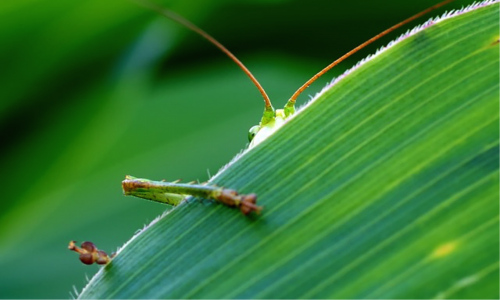 Do you use ad blockers when you surf the net? The rise of ad-blocking technologies has been a hot topic in 2015, with studies finding the use of ad blockers has increased at a rate of 41% globally in the past 12 months. So what does it mean for marketers when users start to customise their own online experience?

In extreme circumstances, some marketers are predicting ad blockers will mean the end of the internet as we know it. Attitudes like these are formed because millions of websites all over the world, from personal blogs to huge corporate-owned magazines, depend on online advertising revenues to survive. The debate over ad blockers has become a moral one navigated by website owners and ad-blocker developers alike.

In September, Marco Arment, cofounder of Tumblr, created an iOS ad-blocker app called Peace. He removed it only 36 hours after release. The app was downloaded tens of thousands of times in its short, 36-hour life and had become the number one paid app on the U.S iTunes app store.

On his reasons behind the withdrawal, Arment wrote in his personal blog:

“Achieving this much success with Peace just doesn’t feel good, which I didn’t anticipate, but probably should have. Ad blockers come with an important asterisk: while they do benefit a ton of people in major ways, they also hurt some, including many who don’t deserve the hit.”

Arment’s approach, while admirably thoughtful, cannot be the expected response of every developer. With such a lucrative opportunity, soon more popular ad-blocking programs are going to be developed to serve consumers’ needs.

The elephant in the room when it comes to the ad-blocker debate is the trend clearly shows consumers’ growing aversion to selling and sales techniques. People do not want content shoved in their faces. Instead they want to find relevant, interesting content when and where they’re looking for it.

The obvious way businesses can keep afloat in online marketing as ad blockers take over is through content marketing. In an article on the ad-blocker debate published in Business2Community, John Miller said,

“Content marketing is such a clear antidote to this battle between brand and customer. Rather than continuing to give your customers something they’ve quite clearly stated they don’t want, give them something they do want”.

Content marketing could also provide the solution to sites relying on marketing revenue to survive. Options such as sponsored content in the form of articles, videos and images could be bought from sites looking for revenue. Through this system, an online business does not need to compromise integrity to profit from advertising revenue. It can hold to editorial standards and work to co-create content with the advertisers.

In Brand Newsroom episode 62, CEO of Newsmodo, Rakhal Ebeli, explained how brands can fall into the trap of writing in an advertorial style when it comes to content marketing, when they should be writing editorially.

A mainstream move to content marketing will not mean the end of poor-quality online marketing. To the disappointment of online audiences, it could mean a resurgence of the cheap sales pitches they hoped to avoid. If brands choose to enlist the help of content marketing professionals, they can create assets that are mutually beneficial for them, the host site, and the shared audience.