Are you funding fake news? (And damaging your brand) 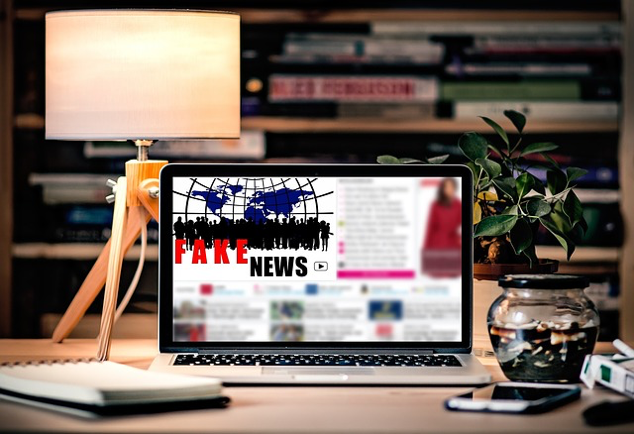 Where you advertise says a lot about your brand. It speaks to your geographic location and your target market, for example. But it also tells the public about your brand values.

So, what does it say when your advertisement turns up on a fake news site? Or on a hyperpartisan site that espouses extremist views? The damage is potentially enormous.

The rise and rise of completely fabricated news stories and sites like Breitbart (which are so extreme in their views as to not be credible) over the past year is troubling on several levels. I’ll spare you my old journalist’s rant about the effect on journalism and legitimate media outlets, or we’d be here for hours. But, among the many troubling things about these sorts of sites is that they are being supported by advertising —sometimes by some of the world’s biggest brands, and often without those brands even realising — and that’s keeping them profitable and thus motivated to continue their dodgy operation.

According to an NPR report, the people behind fake news sites are motivated by the money they can make, with some making up to US$30,000 a month from the advertising revenue. That’s money coming out of the accounts of legitimate brands like yours and into the pockets of people who have made up articles like “Yoko Ono: I Had An Affair With Hillary Clinton In The ’70s” or “FBI Agent Suspected In Hillary Email Leaks Found Dead In Apparent Murder-suicide”.

Programmatic is part of the problem

Hillary Clinton features prominently in many of these fake news headlines, and little wonder: fake news reached a crescendo in the lead-up to the US presidential election. It was something of a perfect storm — Facebook had replaced its “trending news” editors with an algorithm, allowing a proliferation of fake news on its platform. Without the human element, fake news began to slip through, eventually evolving into something akin to a flood.

At the same time, Google’s AdSense and Facebook’s Audience Network (their algorithm-based, or “programmatic”, ad inventory platforms through which brands can buy ad space on third-party websites) happily allowed the placement of ads on fake news sites. As the Wall Street Journal pointed out, the brands using these services — and the programmatic services of media buying companies — did not necessarily know where their ads were going to be placed.

Following the presidential election and high-level complaints about the proliferation of fake news, both Google and Facebook have made changes to their algorithms and rules in a bid to reduce the problem.

But whether you know your ad is appearing on a disreputable site or not, the fact is — and it will appear to the public that — you are supporting and funding that website and its activities.

Kellogg’s found itself in the middle of a storm in December after consumers discovered the popular cereal brands ads appearing on extreme right-wing news site, Breitbart. In response, Kellogg’s announced it would no longer advertise on the site — and many other brands promised to follow suit. That, in turn, led to boycott plans from supporters of Breitbart and the so-called “alt-right”. It was a bit of a mess for Kellogg’s and one any company without a global brand’s enormous resources would want to avoid.

To avoid brand damage — and inadvertently supporting fake and extremist “news” — there are several options your company should consider.

Consider advertising with news sources and websites you know to be reputable, either placing the advertisements with them directly or through your media agency. Traditional outlets get good levels of traffic and they’re keen for the revenue, so you can often get a good deal.

Give your media agency a “whitelist”

More fake news sites are being created all the time, so as Muhtayzik Hoffer senior editor Maureen Morrison points out in this excellent Campaign Live article, giving your media agency a blacklist of sites you don’t want to advertise on is pointless. However, you can create a “whitelist” to ensure you only advertise on sites you’re happy to be associated with.

Google and Facebook are the big guys and, like all of us, they’re going to get things wrong from time to time. But they have taken steps to fix AdSense and Audience Network, which should help to cut down on the fake news problem. These are very convenient services and many brands swear by them, so if it’s working for you then by all means put your trust in their algorithms and hope for the best. In that sense, this is a risk-related business decision, like so many others.

Build you own platform

For my money, this is the best way forward. Invest in your own platform. Build your own news site. Get the public to come to you instead of going out to dark and dodgy corners of the internet in a desperate search for “eyeballs” for your ad (especially when you might even be paying for “fake eyeballs” clicking on your real ad on a fake news site).

Becoming a publisher allows you to become a reputable — and real — source of news for your industry, sector, product, or area. It allows you to grow your own audience and become a destination for those looking for information — including those searching Google. If people find you when they’re looking for news or information about a good or service you provide, that’s a far higher quality lead for you — and association with your brand for the consumer — than seeing your logo on a fake news site with a headline like “WikiLeaks CONFIRMS Hillary Sold Weapons to ISIS”.