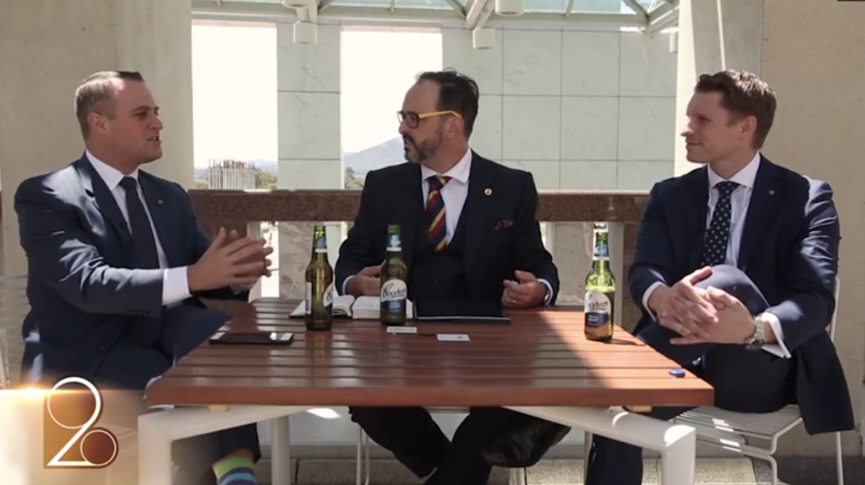 Some people court controversy. It’s how they make their living. They like upsetting people, stirring up trouble and making headlines. And good luck to them; at least if it all goes wrong they generally experience the consequences directly and personally.

But when you’re a brand — whether you’re a corporate entity or a charity — finding yourself embroiled in controversy can cost you dearly; it can cause a furore on social media, do tremendous damage to your brand, see you battling a boycott and, ultimately, it can hit your bottom line — with all the consequences that might flow from that.

Which is exactly what Cooper’s Brewery and the Bible Society discovered recently, when they decided to weigh in on the same-sex marriage debate with a bizarre video called “Keeping it Light”.

The full video has since been removed from the internet, but you can read the background here. The gist is that the Bible Society released a seven-minute social media video with two conservative Australian politicians debating marriage equality while drinking Cooper’s beer — a company with which the society has a had a long and charitably profitable relationship. Indeed, the brewery was about to release a commemorative beer can to mark the society’s bicentenary year.

After the video was released on social media, things went downhill quickly. Within days the brewery was facing a widespread boycott for its long-standing relationship with the conservative religious charity and what that implied about its views on same-sex marriage, not just from consumers but from the pubs serving its beer, too.

Politics, religion, one of the most contentious political issues so far this century, and beer. How on earth could those involved not see this going wrong from the outset? Throw in the fact the hook for the video was to “keep it light” (while discussing an issue many consider to be a matter of human rights being denied to Australian citizens) and the response was entirely predictable.

The video was meant to be the first in a series by the Bible Society. This was clearly part of a marketing strategy the charity was rolling out as part of their birthday celebrations. Which leaves me with one question: Where was the strategy?

Where on earth was the strategy?

What key message was this video trying to get across? To the public, it looked like a bizarre ad for a beer. To some in the media, it raised questions about what these politicians were doing appearing in a video that seemed like an ad for a beer. To the public, it said “Cooper’s Brewery is against gay marriage, so we’re against them”. What it comprehensively did not do was, in any way, tell us anything about what the Bible Society does, is for, contributes, wants from us, is planning, or is celebrating.

It’s a total and spectacular fail on every level and it should never have got out of the starting blocks.

I absolutely applaud brands — especially not-for-profits — using content marketing to get their message out. It is a proven, successful way to build a brand, engage with an audience and grow your authority (and, if you’re in business, to drive profits). But every piece of content you put out has to make sense. It has to fit with the strategy. It needs a key message behind it. If the Bible Society had kept to a strategy, this mess should not have been able to happen. Or, at least, it would have been much less likely to have happened.

Don’t have a tin ear

But the other warning here is not to have a tin ear to reality. Almost every ingredient in this video was a foreseeable problem — the politicians, the subject, the product placement. Anyone with any marketing or media experience would have been able to warn them about the potential dangers here. Perhaps someone involved in the making of this video did try to warn them — I don’t know. If they did, then the Bible Society is learning their lesson about not listening the hard way. (Although Cooper’s is wearing the brunt of it.)

The lesson for most brands here is, if you don’t plan to be a lightning rod for controversy, don’t weigh in on heavily contentious issues — especially if your opinion is unpopular. For an organisation like the Bible Society (for which it is reasonable to be talking about same-sex marriage) the lesson is, if you want to “keep it light”, choose a light subject.

If you want to work with a content marketing team that really gets strategy, get in touch with Lush – The Content Agency. We can keep it light, if you like.