New report shows how to become a content champion 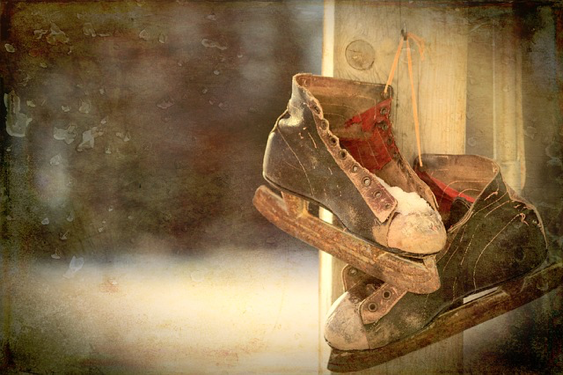 No one becomes a champion by accident. OK, so there was that Steven Bradbury guy at the 2002 Winter Olympics, but how often do we really win in life because all our competitors have stacked it onto the ice?

People only become champions in their field because they’ve found something they love and they’ve stuck with it. They’ve plugged away at it, putting in long hours, missing out on other opportunities and shouldering the financial costs of their passion — all to become the very best they can be in their chosen field. This is even the case for people, like Bradbury, who become accidental champions — after all, you don’t get to the Olympics without working hard at it.

Becoming a winner is not always an easy journey, but for those who dream of success it is all worth it when they cross that line first, or step up onto the dais, or break that world record — and take their place in the history books. Those moments are the reward for all that time, effort, self-belief and dedication.

Content marketing is a bit like that, too. You need to stick with it to really get results.

Earlier this month the Content Marketing Institute released its 2017 Benchmarks, Budgets and Trends Report for Australia. It showed 56 per cent of organisations which had made the investment in content, stuck with it, and were now in a “mature” or “sophisticated” phase of their content strategy, found it either “extremely” or “very” successful. Just three per cent of those organisations in the early stages of their content strategy could say the same. It takes time to become a success.

But those who have stuck with content marketing and invested in it, are seeing improvements in their results. The CMI report bears this out, with 59 per cent of marketers saying their content marketing was more successful this year than last year. 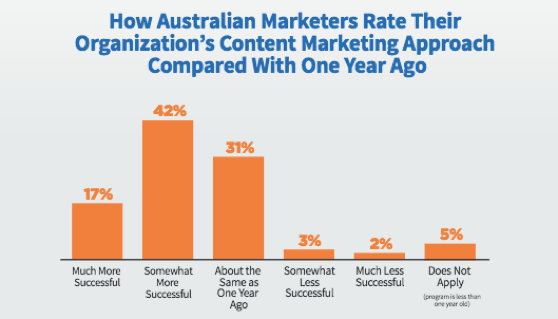 The report also gives us an insight into why these organisations think they’ve had improved success. The chart below shows that, just as elite athletes will change with their training or their diet to get themselves into peak performance condition, content marketers are tinkering with their strategies and level of investment in order to improve their success, too. 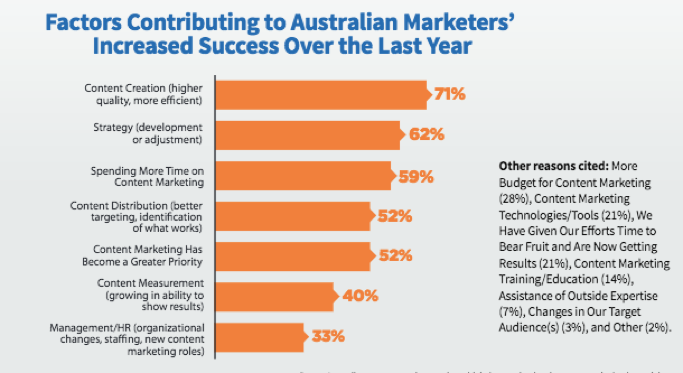 There’s a lot in the CMI report and it’s worth your time to review it. But for me, the one thing you really need to know is that it takes time and dedication to become a champion. Stick to it and, eventually, you’ll win. But you won’t win without that investment. And that’s true, even if you’re Steven Bradbury.