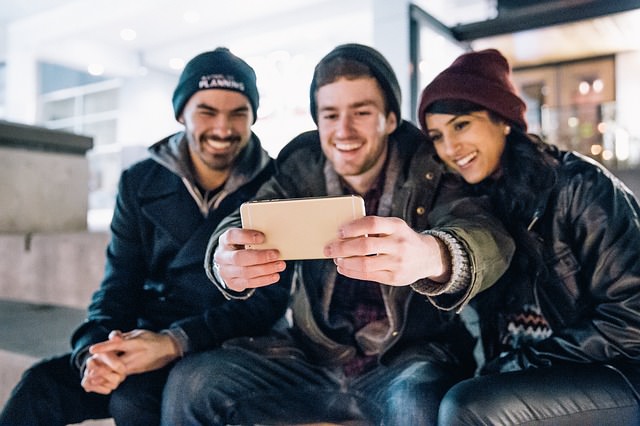 It’s Mark Zuckerberg’s world and we’re just living in it!

With 1.75 billion active monthly users, Facebook has led the biggest communication shift of our lifetimes. And it just continues to grow. It is due to that size and influence that Facebook can single-handedly pick and choose the “next big thing” and make it so. In 2017 it seems, above all else, Facebook’s pet project is Facebook Live!

So it just makes sense for any brand or individual to investigate ways to leverage the capabilities of Facebook Live as a means to connect directly with your audience.

Just start (with your smartphone)

The proliferation of platforms like Snapchat and Instagram Stories has meant that users (your audience) have become accustomed to and almost drawn to that raw style of spontaneous video content. So getting started may be as simple as taking out your smartphone. Just please, please make sure you pay attention to these three tips:

I like this as a starting point, but this is only advice to remove the excuses or barriers to just doing something. It is important that if you can do your live stream with a greater level of excellence and quality, that will reflect well upon your business and brand.

Which brings us to another way to get started:

It is not out of reach to treat Facebook Live much like you would a big event or a pre-produced video. For example, have weekly discussions between two senior members of your team. You can live stream that discussion for your Facebook; use a series of snippets of it with subtitles on your Instagram; transcribe the audio and turn it into multiple blogs for your social, website, and email lists; and you can also utilise the audio for a podcast. If you’re not repurposing your content in 2017, you’re inefficient and you’re missing out.

You can even go all the way and have a professionally produced live stream (which has all of the above mentioned benefits) and efficiently repurpose that content, too. That’s the smart way to do it in 2017! (At least until Facebook decides its next big thing.)

Lush Digital has a full suite of live streaming equipment and a purpose-built studio. If you need help getting started, give us a call.