How to make your video stand out from the crowd 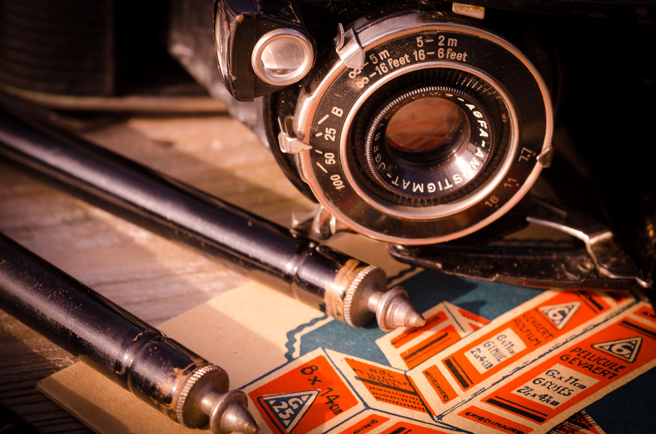 Have you ever watched a film, music video or high-end television drama and noticed all the little things? Actually you probably haven’t — that’s what sets a high-budget video production apart.

Recently I worked on a short film for a very large multinational client who wanted to move away from using a “corporate film” to tell their story using a dramatisation. There was a lot to think about on the shoot to ensure the continuity of the shots, sound and production values, but it wasn’t until I got into the edit that I really had to work hard to sell the scenes.

Things like office murmurs, phones ringing and footsteps all had to be added in to the completed sound mix to fully allow the viewer to engage with the scene. It’s funny how when you watch something on TV there are all these sounds you expect to be there. When they’re not there, you really notice it.

Now this is just one element of the project that needed attention, alongside the bigger picture elements like the over all sound mix, shot selection, music beds colour correction and final grade. Those area all elements that, when added together, build a completed story. But it is the kind of “one per cent” that makes all the difference in video production.

These days there are a lot of people who own a DSLR camera, or similar, and who can produce great content. But there’s so much more that goes into producing a lasting piece of content that captures your audience and engages your viewer.

So where to start?

One Percenters in Camera

Knowing your way around a camera can single-handedly make or break a production. Let’s assume you know how to frame a shot, expose it correctly, press record, roll on that shot, even how to film it as a sequence. That’s great. But do you know how to expose that shot to shift the depth of field? How to separate the foreground and the background? Or how to use different focal lengths to affect the energy and mood of the shot.

These are just three important elements to video production —and some of the little “one percenters” that can make a sequence that looks like a news broadcast to feel like a film.

Post-production is the process whereby all of your elements and assets are brought together to create your story. This process is often rushed and not thought out well.

There are three points to look out for in post-production workflow.

Has the edit been planned out in a way that causes your audience to engage with what they are watching? Has thought been put into the placement of graphics, the pace of the edit, and the accompanying or matching overlay?

Does the edit “breathe” and give you time to absorb the spoken word or the moving pictures?

I often hear the term “grade” thrown around as a process you tack on the end of your corporate film. Colour correction can be mistaken for the same thing. They are not. They are two very different processes.

Colour correction is an essential step of all video and film work. It’s the things you do to make sure your edit looks natural to the eye and that all your colours are within a safe working range and match.

Grading, on the other hand, always serves the artistic, stylistic and storytelling needs.

You can affect the mood of an interview or the narrative of a short film by shifting the colour temperatures from cold to warm. Or you can isolate a face for an emotional delivery to camera. These are creative and technical ways of adding another dimension to your film, but also really important to match a brand’s colour palette with their on-screen video talent.

A process often forgotten about audio sweetening is a must. Knowing the little nuances that we don’t notice like:

We don’t notice these things because our brain expects them to be there, but when they aren’t it sounds odd.

Adding these ‘sweeteners’ in is a great indication of attention to detail.

One Percenters in Delivery

Your master file has been created and now has to be delivered. You’re hosting on one of the big three video platforms but, for some reason, when you embed it into your page it won’t play smoothly. Or won’t start within three seconds of clicking play. Why is that?

Your deliverables haven’t been optimized for the platform.

All of the big three platforms recompress your file to work with their coding but if the file you are giving them is not compressed the right way first, then their player will have trouble playing your file. There’s nothing more annoying than clicking “play” on a web video and then having to go make a cup of tea while it “buffers”.  No one is waiting for that anymore — we expect it to play instantly and, when it doesn’t, we click away. That renders null and void the video you’ve invested so many hours and dollars into.

This final “one percenter” can literally be difference between speaking to your audience and your audience switching off and looking for an alternative.

Well, there are a few points to look out for the next time you watch something online or on TV. Remember all of these elements on their own will make a difference to your next piece of video work but, when you compound them, it’s the difference between a video that’s just OK and something that really stands out.

If you want to ensure your video stands apart, contact the team at Lush – The Content Agency. Our video team takes a great deal of care to get the “one percenters” right in every production.