Interviewing In Video Production: Why You Should Expect The Unexpected 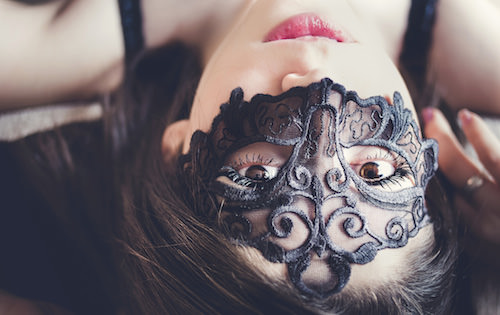 Being interviewed off-camera is often a daunting experience, full of behind-the-scenes distractions and hazards the viewer would never know about. Insider knowledge from a senior producer of both traditional media and brand newsrooms can help you next time you’re in front of the camera.

Have you ever seen a video or a news piece where the person is looking slightly off camera?  It’s because the interviewee, aka ‘the talent,’ is talking directly to the producer. The producer’s job is to ask questions to get the information required for the production. We always aim for the talent to look as relaxed and natural as possible, but this is often more complicated than it may seem.

Here are my top tips on how to make sure your time on camera is perfect every time.

Where to look when you have a camera in your face

It’s important the producer’s eyes are at the same level as the talent. Otherwise from the viewer’s perspective, it appears they are looking at the ground or to the sky. Ian, one of our producers, is very tall. When he interviews people he often chooses to spread his legs wide to make himself lower – like he is doing the splits, or has to bend down or crouch. This enables his eye line to match the talent.

In contrast I often have to make myself taller.  I would either balance on the tips of my toes (not ideal and leads to sore calves), or stand on the video camera case or whatever is at hand.

People often get nervous before an interview and fidget with their hands or insist on holding onto something, almost as a comfort blanket.  If they talk with their hands – and most people do – it’s distracting for the viewer to see the speaker waving something about.

To combat this we ask the talent to clasp their hands in front of them. Once they start speaking they are usually fine; their hands do what they need to on their own accord. During one interview, the man in question could not stop clapping his hands together when he spoke. Nerves have a knack of taking control over our body. It was noisy and annoying to watch so we gave him a pillow to place on his lap.  When he went to clap he hit the pillow instead and that solved the problem.

How to avoid the shifty look

Some people find it hard to maintain eye contact in conversation. Often the interviewee will start to look around, up at the sky when thinking of what to say and to the side if nervous or uncomfortable. In normal conversation this would be fine, but on camera it makes you look shifty or suspicious. If the viewer does not believe what’s being said due to poor eye contact, it defeats the object of the video. The producer must make sure the talent maintains eye contact with them. Often this needs to be enforced regularly throughout the interview.

This involves the producer drawing their attention back to them by pointing their fingers towards their eyes (it looks like they are trying to poke their eyeballs). If this fails the interview must be stopped, the talent re-focussed and then we start again. This may mean restarting the sentence if there is vision to overlay the point where there is a break in the filming. If there is nothing to cover this moment then you may have to start from the beginning.

One of the main roles of a producer is to get the relevant content from the talent. This ensures the key messages are conveyed or the story is told coherently. As well as the content matter, consideration must be given to delivery, pace and tone. This all depends on the client and the purpose of the video. For example, an authority figure being interviewed for a corporate video should speak:

Their body language should match the audio and be relaxed, poised and assertive. In contrast, if we were producing a video to increase awareness and support for a charity, we look for emotive language and a delivery enabling audience engagement. If the subject matter is sensitive, then consideration is given to the location and environment of the interview. The person being interviewed would probably feel more comfortable in a quiet location with less people and less pressure.

It’s amazing how minor noises become a major distraction on a shoot. During an interview, the cameraman is constantly monitoring the sound through headphones and the producer is on the lookout for possible noise factors that may disrupt the interview. When thinking of a park you may imagine a quiet and tranquil environment, when in reality it can be a hive of noisy activity. Typical noises include:

Often it feels like every conceivable mode of transportation will pass by the vicinity.  This means we have to stop and start the interview several times. A certain amount of background noise is acceptable if it fits the context of the video content. For example, if a bar owner is being interviewed about his venue, background bustle of customers is fine as long as it does not take the focus from the interview.

These are just a few of the considerations needing to be addressed when conducting an interview and are often overlooked. It is never as simple as just ‘point and shoot’ as some people are led to believe. Being interviewed is not a natural process for the person in focus, but coaching or media training ensures the best outcome. If you would like to know more don’t hesitate to give us a call. We provide on-the-spot guidance on a shoot as well as professional media training by our own James Lush.