10 awesome podcasts and why they’re so great 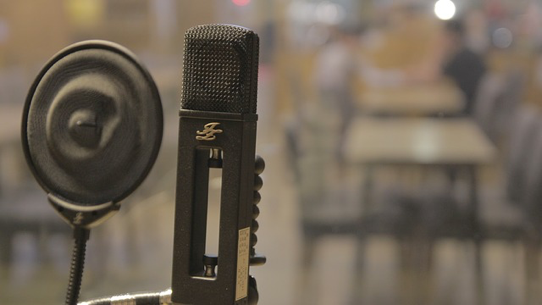 There’s something intimate about listening in to a conversation between a good interviewer and a fascinating subject. It’s why radio is still such a fabulous medium and, I believe, it’s why podcasts have proven to be so successful, too.

They stimulate the imagination in a way that more visual media, like television, does not. It is a brilliant medium for excellent storytelling. Little wonder then that more and more brands and businesses are starting to see the potential for a podcast as a part of their marketing mix. But how do you get it right?

Here are my top 10 podcasts — the ones I most enjoy listening to — and at the end, I’ll explain my theory for what I think makes a successful podcast.

The first of two Slate stable podcasts on this list, Trumpcast started out following the election campaign — and outrageous statements and actions — of Donald Trump. Since his election success on November 8, however, it has evolved into something else: Now it is about holding Trump to account. Perhaps not one Trump supporters will enjoy, but one anyone interested in American or global politics should listen to. Host Jacob Weisberg has fascinating and well-placed guests who share intelligent insights into Trump and his presidency. A real highlight though is comedian John Di Domenico reading out Trump’s tweets in Trump’s voice at the start of each episode.

Like Trumpcast, this is another podcast I listen to the minute it comes out. But this podcast has absolutely zero structure — no opening music, no guests, no guarantee of good audio quality. So what’s the hook? Well, it’s two of Australia’s best-known and most-talented journalists — 730 host Leigh Sales and Kitchen Cabinet’s Annabel Crabb — just having a good old natter about books, recipes, famous people they’ve interviewed, TV shows they love, and whatever comes into their head. It’s really just two besties having a gasbag and letting you listen in. It’s very gentle programming and feels a bit like eavesdropping on your Mum and Mabel from next door when you were a kid, only more hilarious. You’ll find it here.

Another politics podcast, I’m afraid, but politics is a particular interest of mine. If you have any interest at all in US politics then I highly recommend Slate’s Political Gabfest. Each week three fantastic journalists — David Plotz, Emily Bazelon and John Dickerson — discuss what’s been happening in American political and policy life in the previous week. They each bring something different to the table, with Plotz and Bazelon often having very different opinions, which provides just enough grit in the oyster to make each disagreement a pearl. I enjoy Bazelon’s deeper understanding of the law (taking her beyond just “commentary”) and, of course, Dickerson is a historian and a veteran Capitol reporter, making his insights all the more interesting.

I’ve tried to pare back the number of geek podcasts in this list, but I could not go past Game of Owns. It’s a fantastic podcast about the cult HBO series Game of Thrones. Now there are plenty of GoT podcasts out there, but what I love about this one is it has created a genuine community that is heavily engaged in the podcast. As a listener, that feels incredibly rewarding. My favourite part of the show happens at the end of the episode (during the months of the year when new GoT episodes are airing) when the presenters read out usually hilarious tweets and messages from listeners about what they enjoyed about the previous episode. It’s irreverent and very funny.

More politics, I’m afraid, but this time it is Australian politics. Several great Australian political podcasts have emerged this year, including The Party Room, but Two Grumpy Hacks is short and sweet and usually quite funny. It really does what it says on the tin; two Canberra press gallery reporters, Malcolm Farr and Denis Atkins, grumble about what’s happening in politics. These are really senior reporters and they have a wealth of knowledge and wonderful insights to share. They also come across as two old-timers slightly mystified by the technology they’re using, sometimes almost unaware they’re recording their conversation for an audience to listen to, and often as if they’ve started a sentence and have no idea how to finish it. For those reasons each episode can feel like the longest 10 minutes of your life but it is also always incredibly funny.

I was a latecomer to NPR’s Serial podcast, and if you haven’t listened to it, I encourage you to do so. It stands out amongst this list as the best storytelling you will find — and probably the best use of audio as a storytelling medium I’ve ever experienced. Reporter Sarah Koenig and her team are investigating a murder for which a man is in prison, but did he do it? The investigation happened as the podcast went to air each week in 2014 and the public got involved in finding and revealing evidence. It is compelling listening, involving interviews with the convicted killer himself, people who knew the victim, and experts. Serial had a cult following, which is why I originally gave it a wide berth, but I’m glad I caught up with it in 2016.

This is the podcast of the truly wonderful daily ABC radio program hosted by the incredibly talented Richard Fidler. It really is just a sit-down studio interview with an interesting character. But it goes well beyond the normal radio interview. This is no six-minute slot. Fidler — who made his name as a comedian, but has become a wonderful journalist — takes a deep dive into the lives and interests of the people he interviews. Often steering clear of the usual questions and flattery, the depth of his reading and knowledge about his guests seems to win them over — they’ll tell him anything. If you ever needed proof the adage “there’s a good book in everyone” is true, this is it. You’ll find Conversations here.

This is the last politics one, I promise. I just can’t leave NPR’s Politics Podcast off the list though because I listen to it every week as soon as it comes out — and if anything is evidence that something is good content, I’m sure that’s it! NPR’s political reporters gather each week for a chat about the events of the week. It’s much like Slate’s Political Gabfest in format. During the 2016 US presidential election I listened to this podcast every week, so perhaps I’ve fallen in love with it the way a hostage might fall in love with their captor? The team also does a spin-off Listener Mail podcast each week, because they get asked so many questions by listeners — so perhaps I’m not the only one suffering Stockholm Syndrome? Still, so much engagement and audience demand for two podcasts a week — it’s undeniably a success.

9. Here’s the Thing with Alec Baldwin

This podcast feels so indulgent to me. I love it. Hollywood A-lister Alec Baldwin gets people in — usually other actors, and certainly his pals — for a chat about almost anything. Ever wanted a deep dive into Julianne Moore’s acting process? You got it. Wonder what Sandra Bernhard thinks about while cleaning the kitchen sink? Here it is. These are fascinating, rambling, sometimes bizarre conversations. Often Baldwin asks the sort of questions only one megastar could (or would) ask another megastar. And he goes off on wonderful tangents about himself. You can also play Name Dropper Bingo (but don’t drink each time he mentions someone famous he’s friends with; it could prove fatal).

And a little light relief to finish: No Such Thing as a Fish is the podcast of the “QI Elves” — the researchers behind the popular British “quiz” show, QI. They’re the clever-clogs who find all the “quite interesting” and surprising facts about, well, just about anything. Each week the hosts bring their favourite facts to the table and then discuss them, piling fascinating fact upon fascinating fact, all while rolling around in hysterics at each other’s jokes. It’s the sort of podcast that feels like a reward at the end of a long week.

What makes a good podcast?

So, what do these podcasts have in common? What makes them, to my mind, so successful? There are a few things:

If you’d like to work with a team that really understands the medium of podcasting, talk to Lush – The Content Agency. Or have a listen to our podcast, Brand Newsroom. It’s brimming with information for anyone who’s interested in the way businesses are communicating.