The most popular content of 2016: what you need to know 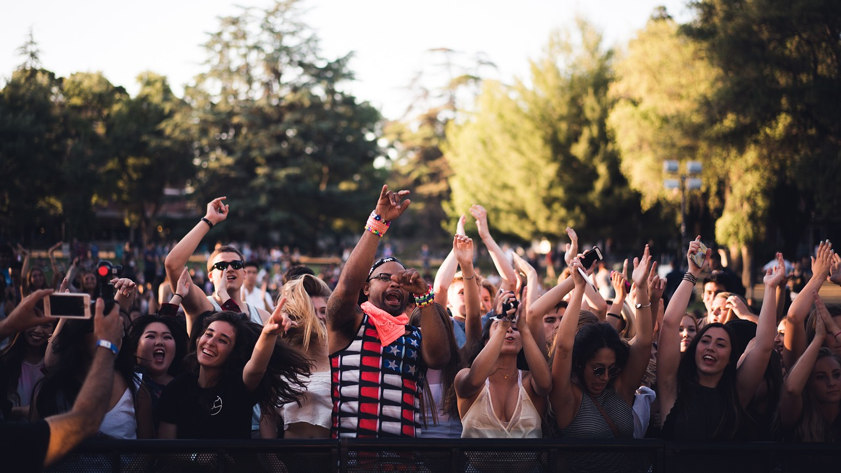 I know that it’s April 2017, and 2016 seems like a distant memory, but this is the perfect time to look at the most popular news articles from last year. After all, the slowpokes have had the opportunity to read November and December’s content and we’ve had time to have a good look at what stood out. What was most popular elsewhere has an impact on your business too.

Let’s jump in and see what stole the top spot in a selection of our favourite publications:

The New York Times : ‘Why you will marry the wrong person’

Why would a topic like this dominate in a publication like the New York Times? In fact, it outdid all the stories about the presidential election, concerns regarding Hillary Clinton and about Donald Trump’s misdemeanours. Yes, you heard right: a story about marrying the wrong person had more readers than any one individual story about Donald Trump winning the presidential election.

What does this say about us? One answer is that we love to read about ourselves. To add to this, the vast majority of us want a healthy relationship and many of us would like to be, or are, married. Divorce is common (although it is decreasing) and we are seeking to avoid future heartache. It is also very telling that a relationship-related story was the New York Times’s top story for 2015.

This article was also published in May, so there has been a significant amount of time for readers to find it. Plus, if it was popular early on, it would have been constantly seen in the Most-Read list on the website. One more thing: The title is very enticing. It also uses ‘you’ which makes a reader think ‘who, me?’

So, if you’re now curious as to whether you will marry the wrong person you can read the article here.

Slate : ‘The story of the eradication of the original Ku Klux Klan’

As with the New York Times article, this was published early in the year and thus gave people plenty of time to read the story. 2016 was a very relevant year for this topic to become popular; people were nervous about the upcoming presidential election and the xenophobia attached to it, and there had been increased tension and awareness around racism and the police force in the US. In that cultural climate, readers would most definitely be interested in how an organisation such as the KKK was squashed. Perhaps five years ago this story may not have had such a large audience, so this is an excellent example of how you can win an audience by being topical.

Have a read of the article here.

Even though the US election didn’t always nab the top spot for US media companies, it did for the SMH with its rolling coverage on Election Day. Second place was taken by ‘This is why Finland has the best schools’. This story reportedly performed well on social media too. The title is almost clickbait, but research shows these tactics often work. It may be due to the ‘curiosity gap’ theory, which says we’ll often know a little about the subject but not enough to answer the question put in front of us. In a nutshell, we want to fill the gap between what we know and what we want to know.

You can read these and other stories here.

The Economist : ‘A Tragic Split’

The top ten for The Economist was dominated by the presidential election (for example, ‘The Trump Era’, ‘Hating Hillary’, and ‘Time to Fire Trump’). The top story, however, was about Brexit: ‘A Tragic Split’. You can read it here.

While you would expect a business site to attract plenty of interest about politics, finance and business, what was curious was the stories that appeared in between. These include ‘America’s airlines are introducing a class below economy’ and ‘How racially skewed are the Oscars?’ Neither of these are particularly obvious stories you would imagine making the top ten in a publication such as this.

Turning away from individual organisation’s sites, let’s see what the most shared Facebook items were (it’s the site with the highest amount of article shares, so it makes sense to look here). While you might assume a high proportion would be videos of animals, embarrassing fails or pranks, Buzzsumo reports that the top story was actually Science Alert’s ‘New Alzheimer’s treatment fully restores memory function’ with five million shares on Facebook. You can read the article here.

Of course, the Facebook we all know and sometimes love then rebounded with a stereotypically Facebook ‘How Sensitive Is Your OCD Radar?’ quiz from Playbuzz and ‘100 Inspirational Quotes That Summarize The Wisdom About Life’ courtesy of Lifehack.

Branded3, a UK web design agency looked at the most frequently shared business articles of 2016, with some surprising results. Above all else was ‘Why the Danes finish work on time, every single day’ with 263,000 shares, which appeared in Stylist magazine — not in the least a business-focused publication. Also appearing in the list was the Independent’s ‘Man accidentally deletes his entire company with one line of bad code’ and BBC’s ‘Three-day working week optimal for the over 40s’.

Why would you click on and/or share these articles? It’s hard to say with 100 per cent certainty why we like one article over another, but a lot of it comes down to poking at the curious nature in us all. We find ourselves asking ‘why’ or wondering ‘how’.

There is a very important caveat here. What is most read is NOT what is most shared. We share things because we think it might be of interest to another person, not just ourselves.

What does this mean for your business?

People like to know the latest about what’s going on, so make sure you cover important industry happenings early on. After all, you don’t see the media covering a time-sensitive story, such as a plane crash, weeks after it has happened; they’ve usually covered every angle possible within a few days.

Secondly, tell your readers a story about themselves or something that could or does happen to them — something they can relate to. For example, the article about long-term relationships is a topic that is important to billions of people.

People also love to read unusual or surprising things. Do you know of a little-known fact that would surprise your readers? Play on the fact that we want to cross the curiosity information gap.

What do your analytics say about your most popular content? Now is the perfect time to analyse 2016 data because people have had enough time to trawl the site, re-read and share articles. If you’re not already utilising Google Analytics, please get started. What is your audience responding to? Look beyond what they are clicking on and take a good look at what they spend the most time on instead. You might be surprised at the content that is resonating with your readers.

If you need help with your company blog, please contact Lush – The Content Agency. We have a talented team of journalists and marketers who live and breathe blogging.