6 risks your brand values present to your business 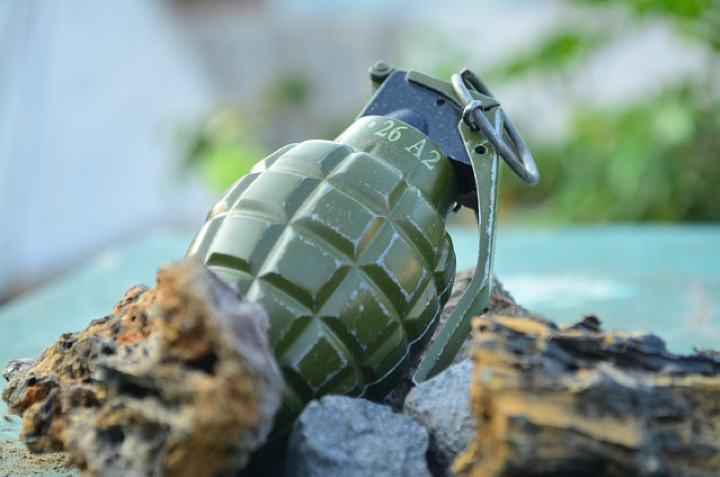 Your brand values should be a constant presence in your business. They should be part of your brand strategy, something every person in your organisation lives and breathes.

Yet companies large and small — even big global companies with reputations built up over decades, with brand values the public at large understand and recognise — can be blindsided by an “off-brand” moment.

These moments can be relatively small, perhaps resulting in a letter of complaint that receives no publicity but causes a great deal of internal angst. Or they can be huge and very public, with social media ablaze with outrage and reporters beating on a company’s doors.

These moments occur when something has gone wrong with a brand’s key messaging.  Every company, large or small, should have its brand values written down in a key messaging framework. This framework outlines carefully and clearly not just what your brand values are, but how to communicate them to your various internal and external audiences.

It’s when these key messages aren’t followed that things can go wrong. Here are 6 examples of times when companies or individuals have failed to live up to their values and risked their brand identity — and what you can do to avoid making the same mistake.

Is your brand’s reputation overblown, unrealistic or inaccurate?

Budget airline RyanAir had a reputation for being a straight-talking, no-nonsense airline. They stripped away all the frills of air travel — all the platitudes about service and comfort — and got you to your destination as cheaply as possible.

But in September 2017 they started cancelling flights (and ruining customer’s holiday plans) to improve “system-wide punctuality”. When outrage followed they came up with a new excuse — they had incorrectly scheduled pilots’ holidays and didn’t have enough pilots to fly their planes.

So, what was true? Not only were they not delivering on their core service promise, but now a brand that was all about authenticity had been shown to be inauthentic. Way to kill your brand message!

Did RyanAir make a simple but stupid “off-brand” mistake? Or was the brand’s reputation for authenticity overblown, unrealistic or inaccurate?

Has the world shifted around you and your values are out of date?

In February 2018, after the school shooting in Parkland, Florida, something remarkable happened. The students, and many Americans, said they had had enough. They didn’t want offers of “thoughts and prayers” from leaders and they certainly didn’t appreciate the National Rifle Association’s calls not to politicise a tragedy.

They took to social media using the hashtag #boycottNRA and applied massive pressure to dozens of major American companies that had deals with the NRA — like Avis, MetLife, Chubb and FedEx — encouraging Americans to support alternative brands which didn’t share the NRA’s values and goals. The campaign worked. Dozens of companies cut ties with the gun lobby group.

The “world view” about guns in the US was shifting (a CNN Poll in February showed it at around 70 per cent — up from 52 per cent the year before) and companies that weren’t keeping up risked being punished by consumers with plenty of alternatives to choose from.

Your brand values have to keep in step — or preferably be ahead of — the values of the community you serve. Review your company relationships regularly to ensure they match your messaging. 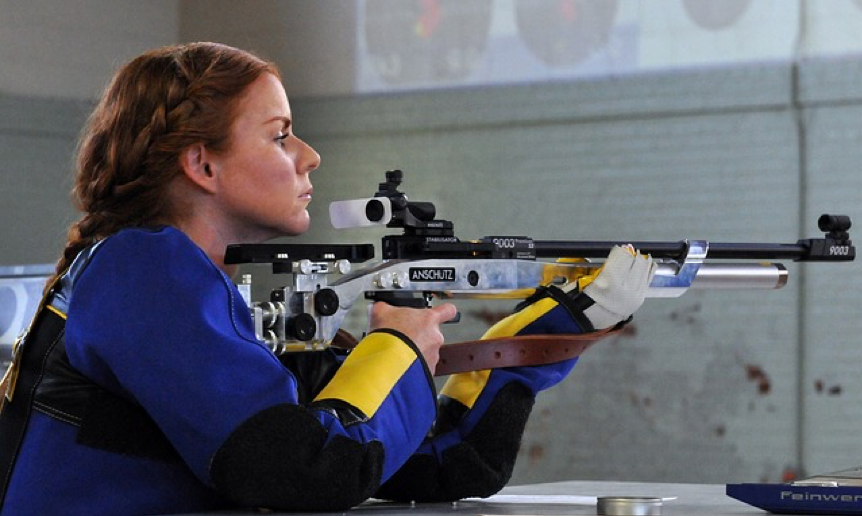 Have you failed to weigh every decision against your brand values?

Disney has worked hard to maintain a wholesome, family-friendly image. But the company owns the US network ABC, which this year commissioned and screened a new series of Roseanne Barr’s self-titled TV show.

Roseanne is a supporter of President Donald Trump and some very controversial views, so both ABC and Disney copped flack for giving her a platform to air those views.

The show was a hit.

But then, in May 2018, Roseanne sent out a tweet widely viewed as racist. It was problematic enough that, having weathered all the previous criticism, ABC and Disney cancelled Roseanne’s show.

“Roseanne’s Twitter statement is abhorrent, repugnant and inconsistent with our values, and we have decided to cancel her show,” ABC Entertainment president Channing Dungey said.

The whole Roseanne disaster was foreseeable for ABC and Disney, because Roseanne’s values did not align with theirs, yet they decided to commission her series anyway.

Always go back to your core values before making any decision. This is a great reason why it’s good to have them written down in one handy key messaging framework.

Are your processes and your quality control not up to scratch?

The British Parliament at Westminster is rife with sexual harassment.

A shocking report, released in February 2018, revealed one in five people working in the Parliament had experienced sexual harassment (including rape) in the past year alone.

The report suggests part of the problem is that Westminster has no HR system — there’s really nowhere and no-one for anyone who has experienced harassment to complain to. The public, freshly educated by the #MeToo movement, has been appalled and outraged. When most of us work for organisations with strict processes in place to deal with such behaviour, how can Parliament have none?

Poor processes that aren’t in line with your brand values (or public values) can lead to problems that can quickly damage a brand.

Review your processes and internal messaging to make sure they reflect your brand values. Make any changes necessary. 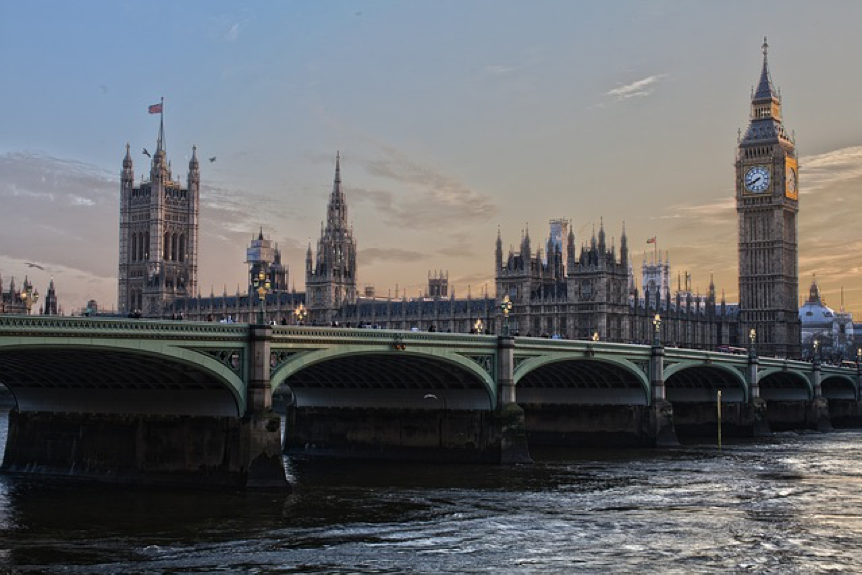 Do internal stakeholders have a different understanding of your values?

The Australian Parliament, its members, and its executive are bound not only by various laws and codes of conduct but also by community expectations about their behaviour and moral standards.

In 2017 Barnaby Joyce, the deputy prime minister, had an affair with one of his ministerial employees. To help cover up the affair, and the resultant pregnancy, he found his new girlfriend well-paid jobs in the political offices of colleagues, sailing pretty close to contravening Parliamentary rules.

When the affair became public, Prime Minister Malcolm Turnbull wanted Joyce to resign, saying he had made “a shocking error of judgement” — that his actions didn’t live up to the standards expected of elected representatives. He introduced changes to the ministerial code of conduct to ban ministers having affairs with their employees.

[tweet] Your brand values have to keep in step — or preferably be ahead of — the values of the community you serve. #marketing #branding [/tweet]

For weeks Joyce refused to go, saying the affair was private. This gave time for more scandals about his behaviour to surface. Finally, he resigned.

It wasn’t the affair, but the dodgy cover-ups and the failure to take responsibility that cost Joyce his job. The Prime Minister, his Parliamentary colleagues, and the public expected him to resign. When he put himself before the reputation of the Parliament, the Government and his political party, he failed to live up to the values expected of elected representatives.

Make sure all your internal stakeholders, including employees, understand your brand values and agree to live by them. These values should be clearly outlined in your key messaging.

Are your values good, but you’ve failed to communicate them effectively?

There is another kind of risk when it comes to brand values. Not all threats are external. It’s entirely possible that you have excellent brand values and you’re living by them every day but no-one knows about them.

Shout your brand values from the rooftops! Get your key messages sorted, wrap them up in smart strategy (both internal and external) and go to market with them, loudly and proudly.

If you’d like to talk to someone about getting your key messaging and strategy right, get in touch with the team at Lush — The Content Agency