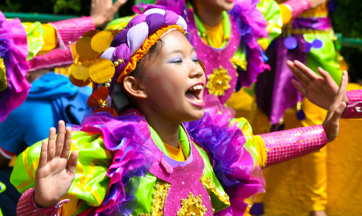 The blog series Achieving Greatness in Film Production discusses the important elements making your production heard above your competitors. Both colour and composition have been covered in previous posts. In part four, the impact of sound design and how it can add value or lead to absolute disaster is explored in detail.

Sound is often overlooked, a big mistake because it’s as important as the visual part of a film or video. Think of a favourite scene in a classic movie and the associated soundtrack might start playing in your mind. Sound can ignite emotion and memories and also act as an indicator of upcoming action.

Sound is a great tool for many reasons:

Adds drama: Sound is used to dramatise and build suspense. Take the classic Jaws soundtrack – when you hear it, you know there is about to be action. In contrast, silence is just as powerful, depending on the timing.

Aids storytelling: Sound sets the scene and places the action within a certain environment or time of day. For instance, an owl would signify night, while seagulls indicate proximity to the ocean. Our natural associations with sound help paint a visual picture.

Narrative cues: Sound is used as an underlying cue within the narrative of a story. Staying with the Jaws example, hearing the familiar, pulsating tones increasing in volume tells you the shark is approaching.

Evokes emotion or creates a mood: Sound has the power to manipulate and mould potential viewer reactions. There are many clichés used in movies to signify emotion. For example, a heroine sitting on a window ledge with the sound of rain outside hitting the glass tells a story about heartbreak. Research shows music impacts the way the viewer perceives the vision on-screen:

“Researchers found that music powerfully influenced the emotional ratings of the faces. Happy music made happy faces seem even happier while sad music exaggerated the melancholy of a frown,” Mark Changizi in ‘Scientific American’

Adds realism: Sound is used to make the vision appear more realistic. For example, distance is conveyed by the barely audible screams of a person standing very far away.

Creates a reaction: In a scary movie, unexpected loud sounds make the audience physically jump. This evokes an emotion and adds entertainment value for some.

Maintains engagement: Sound offers ‘light and shade’, which aid in maintaining engagement. If volume is consistent, it becomes mundane and the viewer stops hearing the sound. Loud and quiet, harsh and soft, and other contrasting sounds make the production more interesting and appealing. 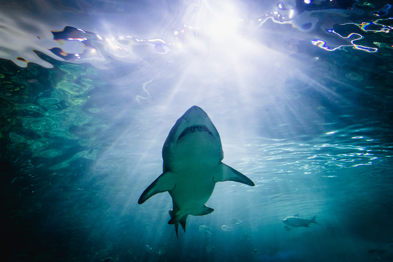 Sound in film can be both friend and foe. It adds value to a production but can also cause issues. Poor use of filming equipment (which is controllable) or environmental factors (which is often uncontrollable) are prime culprits. “Interviewing in Video Production: Why You Should Expect the Unexpected” looks at how everyday occurrences can become a potential filming nightmare for filmmakers. This is why preparation and planning are key to capturing the best sound possible.

When planning a film shoot, the crew must ensure distracting sounds are avoided and all required sound is captured.

Before arriving to film, the producer will have pre-determined the location. Considerations taken for potential noise intrusions include these likely culprits:

There must be a ‘plan b’ or a way of working with the environment if these noise intrusions occur. If it is windy, can a makeshift shelter be made? Can the microphone be masked from the noisy weather by protecting it within the talent’s clothing?

Many production companies have a cameraman and separate crew for sound. This means they not only monitor the visuals, but also have control over audio. You’ll see the crew wearing headphones, which are essential in picking up any low-volume noises otherwise inaudible until watching video back in post-production.

Who or what is being filmed determines the type of microphone used. One person talking to the camera would probably have a small lapel microphone attached to their clothing to capture the sound directly. If a number of vox pops were being recorded at one time, the crew would move quickly between people, so a boom microphone is a better option.

Headphones also ensure levels are correct so they don’t sound distorted or too quiet, especially when filming people talking. Consistent noises are easier to mask, like the quiet hum of an air conditioning unit. Sudden noises and a change in volume are harder to camouflage.

When the footage is complete and sent to post-production, the editor will work with the sound provided to match the brief. They can also use artificial sound to enhance the production. Here are a few ways sound can be used in post-production:

A music bed (soundtrack): A music bed can be used to set the pace and enhance the mood/tone.

Transition: Sound can be used as a transition to move from one part of the production to another. An example would be moving from a sad story about the past into something positive and uplifting about the future. The music may achieve this by changing from low-tempo, melancholy tones to faster, louder and more upbeat tones.

Idents: Sound can be used as an ‘ident’. This is the grammar of audio. An abrupt sound can act in the production to bring the vision to a grinding halt, or it can act as a divider between chapters.

Narrative cues: Sound effects can focus the attention of the viewer on a certain area of the screen or emphasise an action. For example, to signify a burglary there may be the sound of a barking dog, an alarm sounding, the breaking of glass and a police siren.

The objective of the planning, monitoring and creation of sound is to produce crisp, clean audio that communicates effectively to the viewer. Whether this is through the natural environment or artificially produced, sounds are an essential element to attaining excellence within the final product.

Being experienced in sound is essential in film production. You may have incredible images, quality interviews and great talent, but if the sound is muffled, inaudible or just low-quality, there is a high chance the viewer will switch off. There is enough quality content available now consumers do not need to sit through average content. Call us for further information to find out how sound can be used in your next production.