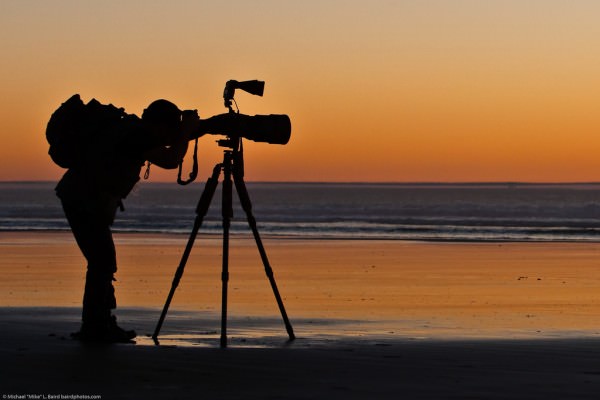 How do you feel about hard sales tactics? Cold calls, trashy TV commercials and enormous billboards are low on the list of influential tactics for most marketers. No one likes to feel like they’re being sold to, which is why storytelling is the new sales pitch. Video is one medium that can effectively bring your story to life.

How do you tell your story?

When having a promotional video created for your business, there is a checklist of decisions to consider. Jimm Fox from One Market Media has a crafty diagram about ‘what works today and why’ in corporate video production which will ensure your production stays modern. 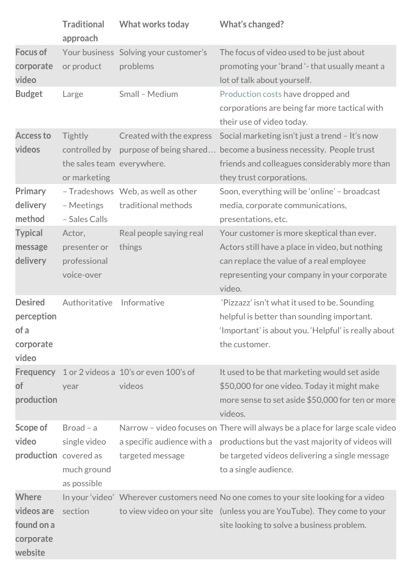 Old-school video vs. the digital age

One of the differences between traditional and modern corporate videos is the way the message is delivered. We agree with Foxx; our preferred way is to use real people rather than an actor or voice-over.

Storytelling using real people is subtle and less intrusive. The purpose of the video is always to sell, but if told using an authentic story it’s more effective. It allows the viewer to decide if the product is appealing rather than being told directly that they should buy.

Jack Sparrow is a commodity

Jeff Gomez, CEO of Starlight Runner Entertainment, transforms movie plots into lucrative franchises using storytelling. When interviewed by CBS News about the need for the audience to understand the story, Gomez explained how relating and engaging with content is selling to your audience:

“In the process, we’re looking for something like, ‘What is the connection between this fictional world and the audience?’ It’s the hook that will make people engage.”

Gomez uses the character Jack Sparrow from Pirates of the Caribbean as an example. On the surface he is just a pirate, but it’s the personality that Johnny Depp portrays which enables the audience to relate. It makes him likeable – a man who embraces freedom and just wants an easy life rather than the stereotypical thief and murderer.

Soccer team Perth Glory needed a promotional video to encourage membership sales for the club. Instead of the standard call to action, the client wanted to show the story of the people behind the club who make it what it is – the fans. The message needed to show that club members are not just ordinary fans. Rather, they’re passionate and loyal fans embracing the sport and the camaraderie that follows.

There will always be room for traditional sales techniques, however, using a creative outlet such as video can help you dominate any pitch. We have a team of digital storytellers and filmmakers who know how to bring your stories to life. Feel free to give us a call; we’re happy to chat about your next project.