A tale of two videos: creating an emotional connection 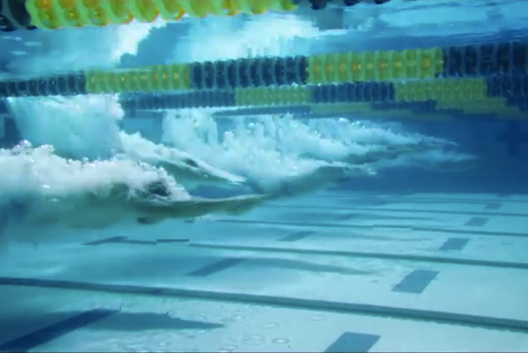 It has become more and more obvious to me that traditional media strategies miss out on how powerful true branded content can be when it is designed to create an emotional connection first and provide information and awareness second. Done the right way, the result is brand loyalty.

To explain this, I have a case study of two videos you may have seen lately. The first is a television advertisement for LG OLED TVs, starring cricketer David Warner.

This LG OLED TV ad has been playing (nonstop!) throughout this past summer of cricket. You only have to look at the always-entertaining YouTube comments section to see the joke that this content became. Why was this so funny? Because this video tried to convey awe at the amazing sports star, wonder at his down-to-earth family-man persona and establish a credible relationship between the spokesperson and the products… in the first five seconds. Then it preceded to use the remaining 25 seconds to say the word OLED as many times as possible while making the famous cricketer say clearly scripted lines about his love for his OLED TV. Then the memes began!

Now, it isn’t the first awkward celebrity endorsement in history and it is highly probable that the significant investment made in this type of high-profile campaign meant that LG sold some extra OLEDs. You would hope that for all the effort put in and airtime purchased, a few more people would now know the word OLED. But at what cost? I would argue this campaign didn’t do LG’s image many favours. It was a successful short-term but short-sighted campaign.

The second example is an Under Armour piece about Michael Phelps and his journey towards the Rio Olympics.

In stark contrast to the LG ad, the Under Armour ad has a blink-and-you’ll-miss-it appearance of the Under Armour logo, with a 90-second piece beautifully articulating the hard work, passion and determination it takes to be Michael Phelps. They boldly made the choice to make it all about the viewers’ feelings and only subtly position them to make that connection to their brand. But it worked!

There was research done on this video with very interesting revelations that came from it.

The research showed that viewing this video created emotional responses of inspiration (47 per cent), amazement (22 per cent), pride (20 per cent) and happiness (17 per cent). This emotional connection led to incredible amounts of social sharing, in particular across Facebook, being motivated by things like shared passion, social good and self-expression. In other words, people strongly identified with the content. Finally, the most amazing figure from this research was that 78 per cent of people were able to identify the Under Armour brand from the piece.

We can’t necessarily conclude that 78 per cent of all people who watched this video became Under Armour loyalists from that day forward. But this kind of approach, which you see in most of the Under Armour content, is an integral part of their image in their underdog rise to challenge giant brands such as Nike.

Now, I’m not saying you must be able to afford Michael Phelps. Nor should you buy expensive, seemingly endless primetime summer cricket ad spots. But there is something to learn from this. A long-term strategy for your brand, product and/or service must have a very keen eye on how you make people feel. It’s not always the easiest to measure, and it feels counterintuitive to move your brand to the background, but it is giving your customers/viewers (and their emotions) the benefit of the doubt to make the connections to you.

So, in 2017, how much focus are you giving to creating and managing the emotion around your business?

Like what you’ve read? Sign up to the Lush newsletter for advice to help you market your business better, tips from our video production team, and a podcast or two from our favourite podcasters, Brand Newsroom.