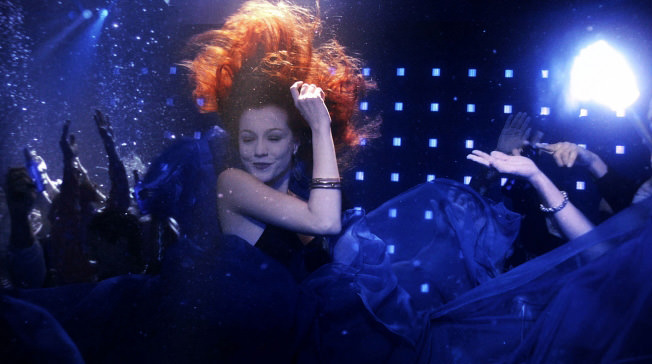 Have you ever heard someone say, “Never work with children or animals”?

Well here’s another one to add to the ‘most difficult list’ – work underwater! One advertising agency decided that it was worth the effort though and I think it’s paid off.

Brazilian agency F/Nazca Saatchi & Saatchi had the challenge of advertising Skol’s new Beats Senses beer. Water-related? Not really (unless the beer is watered down which I’m sure it is not!). No, the creatives saw the association through the deep blue colour of the beer bottle – therefore an underwater party would of course be the best way to showcase the beer.

“The first time I read the script and understood they wanted to do an underwater party, I thought, ‘Wow‘” said director Jonathan Gurvit. “This is a unique opportunity to create a magical space with a unique environment that makes you want to be there. Yes, a party is a party, but what if we add some characters and details so visually amazing that makes it hard to forget?”

How did they do it?

It’s essentially shot like a music video. The location was a special diving pool, with a 15ft structure anchored down for the set.

There is no trickery involved, the actors remained underwater by bearing weights to avoid floating to the surface. The auditions were unique as they were also underwater, this being essential in determining who could hold their breath for a certain amount of time. The final cast contained a mixture of talent from divers, swimmers and actors who could hold their breath whilst looking relaxed and happy!

And to breathe? Divers were positioned just outside of the frame who were ready to pass the oxygen.

We love a challenge

It just proves that no matter how bizaare the idea or concept, anything is possible. At Lush Digital we love a challenge and the opportunity to create a production that tests our capabilities. If you would like to create some unique and creative content for your company, feel free to give us a call and we’ll be happy to meet you for a chat.