Animate your video (without a Toy Story budget) 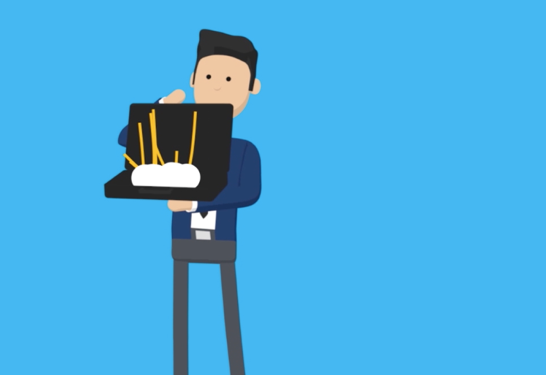 People often squint slightly when I ask them “have you thought about animating it?”

I think it’s because, in their mind, they immediately imagine animating a video is going to involve a Toy Story-sized budget. But that isn’t the case at all. For starters, the word animation covers a broad spectrum of disciplines in creativity — not just a Disney-level production.

So, what do we mean when we say “animation”? Well, a few things, actually, so I’ll break it down intoto three simple sections.

Motion graphics involve taking your existing assets and, essentially, making them move, building on them or adding them to a scene, or making them into a motion graphic that stands on its own. They are usually text based or asset based (that is, using your logo or corporate branding).

Motion graphics are a really cost-effective way of adding animation to your video as the assets, most of the time, have already been created. An animator can also build on those assets with 2D shapes to help with transitions from scene to scene.

Taking a person filmed in front of a green screen or an existing building model from our specialist software, animators can compose a “live-action” scene. We can make it look like the talent is somewhere they aren’t — like a mine site instead of a studio. Or we can make them interact with motion graphics in, say, an office environment. Whatever you need, this still falls under the title of animation.

Attaching a character to your brand or story is a smart way to not only have complete control over how you want the narrative to play out but also make your video memorable.

This type of work does take a bit longer because the characters have to be created and then animated. However, the results can be fantastic.

If you’d like to use animation in your next video, contact the team at Lush – The Content Agency. Our talented team would love to work on your next project (unless they get poached to work on Toy Story 4 first, of course).