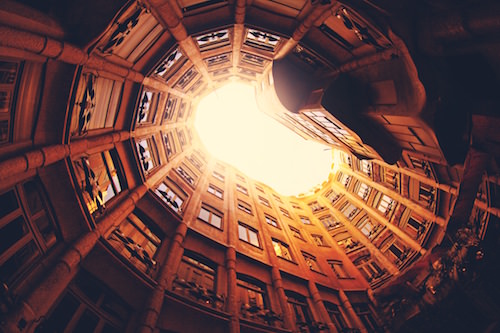 So that was 2015. It seemed to be over even quicker than 2014. We’ve had quite a year here at Lush and have been privileged to work with fantastic organisations doing wonderful things.

Whether in the content marketing space or the video production side of things, it’s been another rewarding 12 months.

As Christmas seems to be the time for lists, we’ve compiled one of everyone’s favourite project for 2015. It’s been tough to narrow it down to just one each!

I love the Pilbara, especially in winter, and we had the chance to fly up to Karratha to film the WA Ballet’s ‘Ballet on the Beach’ earlier this year. We took our good friends from Sky Pixels with us and the result was just as magical as the evening itself. Stunning location, stunning music and stunning final product – a pleasure to be involved in this one.

When I’m wearing my producer hat I always love the challenge of turning complex technical information into palatable, engaging stories. SEQTA ticked that box and more. It also brought into play several elements of the team here from script writing, creative thinking, execution and then high-level motion graphics.

What we created was a fantastic sales tool that told the essence of the SEQTA product in just 3 minutes.

SETQA was a challenging project because we had to take a piece of educational software and break it down in a simple way for the potential SEQTA audience.

The project was a massive team effort and could not have been done by one person. The results speak for themselves.

When we played out the final version in the SETQA boardroom, the SEQTA staff gave a standing ovation. This moment would have to be the most memorable for me as it wasn’t the fact that we had produced a good video, it was the fact that every part of their brief was met…and then some.

Since the video was delivered SEQTA have won the 2015 Business News Rising Stars Award, and their business has continued to grow.

Traction News is the project that got my heart ticking this year. It’s a full-blown brand newsroom developed to best practice and focused on editorial, not advertorial. It’s also the first time we were able to assemble an international team on one project. On any given day, we have people on three continents working on Traction.

Our client, Tireweb Marketing, had approximately 60,000 subscribers to their email database but had never commercialised it in any way. Traction News publishes new articles every day to help tire business owners in the USA and Canada become more profitable. The reporting is excellent and crosses mediums including video interviews at events.

From the beginning, the results have been terrific. Some articles have more than 500 shares on social networks. The industry has been incredibly positive. More people are subscribing every day. We’ve been able to prove a brand newsroom is a valuable business asset and a totally manageable strategy for any business.

We first worked with Finbar over 3 years ago and since that time we’ve been waiting for the right project to work together again. That project came up this year in the shape of their centerpiece development in South Perth, Civic Heart.

The project allowed us to take a holistic, integrated approach to meeting their brief head on – utilising video, 3D modelling, content production, social media and advertising.

I too liked this project because I got to show off my bike riding skills.

2015 has been quite a year and I’ve been lucky enough to travel to wonderful places and meet wonderful people. I’ve also worked on great projects but two things I really enjoy are great stories and great people.

Both of those elements combined for a video we produced for St Vincent de Paul about their longest serving volunteer, Tom Fisher. His story is quite remarkable, having joined the organisation when he returned from World War II, he is still going in and helping out even now he is well into his 90s.

I felt privileged to be able to sit down and talk with him and I felt the end product did Tom’s story as much justice as a 2-minute video could.

I usually like my music with fully sick drops but this year we got to go behind the scenes of a WASO performance at the Perth Concert Hall to help promote the upcoming season.

“The experience was a game-changer for me.”

Seeing the mechanics of what’s needed to bring the concert to life as well as the skills of the musicians up-close, it’s definitely sparked my interest in the classics.

I worked on the edit, as well, and was really pleased we how it all came together.

The Rio Recognise campaign took me to two wonderful locations. The first was the Burrup Peninsula in Dampier; the second was the Argyle Diamond Mine near Lake Argyle.

The Burrup has the largest concentration of rock art in the world and it was fascinating to be shown around the area by someone who had such a deep understanding of its meaning and importance.

Argyle may have had less art but in a simple twist of fate, our guide for the day turned out to be a relative that I’d never met before! I’ve since been back up to the area to meet further members of my family – a real diamond experience if ever there was one.

Translation: This was a very cool project, my favourite of the year…

I enjoyed working on all the Heart of a Dancer series but I particularly like the one we made with Florence. We utilised the amazing light we have in Perth, combined that with our amazing dancer and the result was for me, the standout of the series.

This was an exciting project for me because I was able to work on it from the beginning; from doing the research and suggesting it in the strategy, to researching topics and eventually entering the production stage.


In such a niche audience (Martial Arts School Owners), Martial Arts Business Success podcast has achieved great success in only four months. It now has a global, loyal audience, and has become an invaluable asset to the client.

It’s been a whirlwind six months for me since I arrived at Lush. The real highlight for me has been partnering Yappy, to help our clients understand the ROI from their social media strategies. It’s tangible evidence, not just vanity metric.