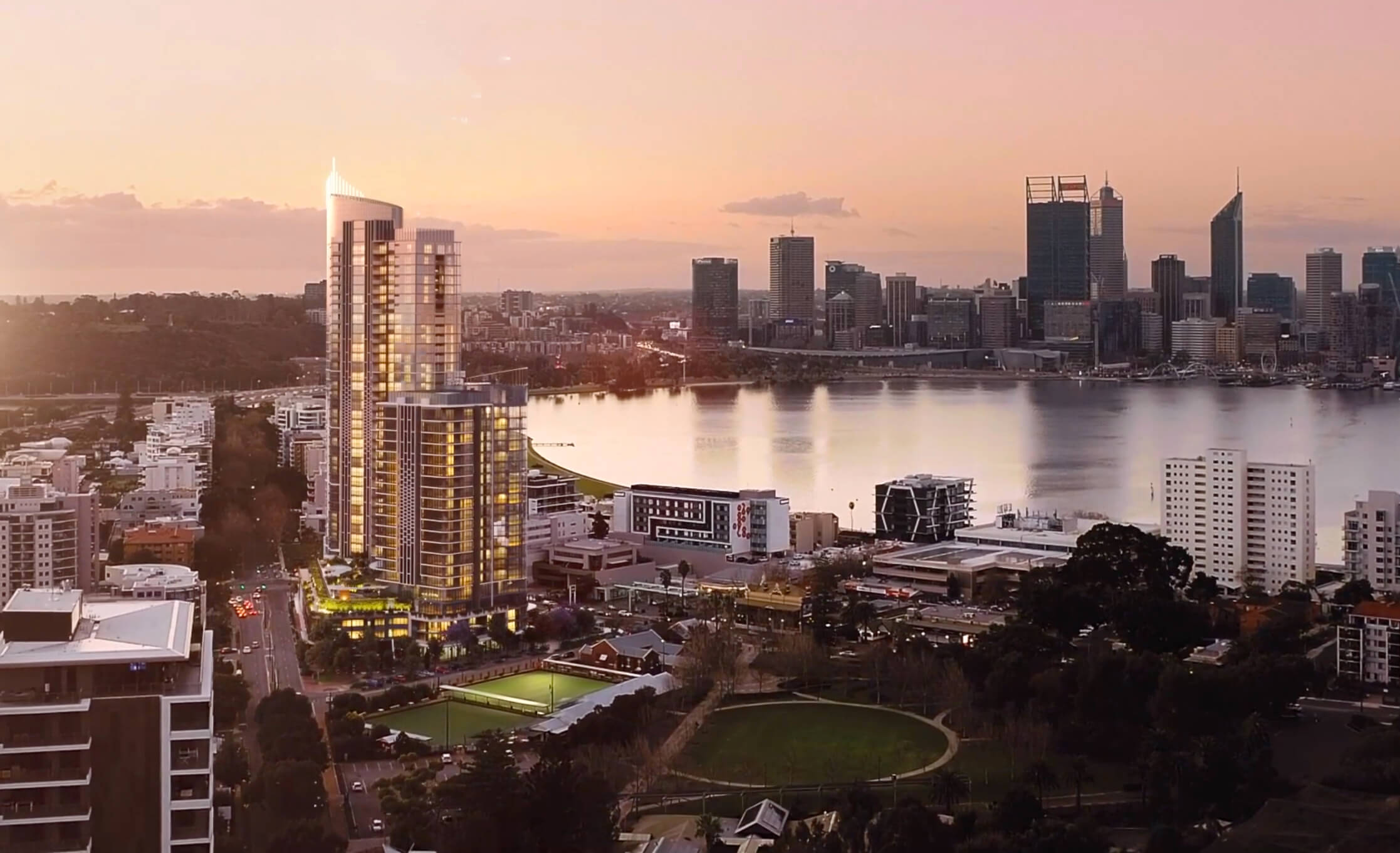 As WA’s largest leading apartment builder, Finbar has been a long standing and valued client of Lush since 2013. Finbar pride themselves on their ability to shape landscapes and lifestyles for West Australians that are far from ordinary.

To date, Finbar have completed 76 landmark developments and 6,655 apartments. They’ve touched a whole lot of lives, and Lush have been their go to producers every step of the way.

But, as you can imagine, it can sometimes be difficult to sell a building that doesn’t exist yet. That’s where Lush’s creative team of storytellers come in.

The goal of this project was to develop a television commercial that would showcase the lifestyle and convenience of Finbar’s newest Belmont apartment development, Chase.

Lush proposed a piece that would highlight the surrounding amenities, the convenient location and create a dream lifestyle that one could only wish to achieve. They called it, ‘more than just somewhere to live.’

But what you might not know, is that you’re not allowed to fly a drone within 6km of an airport. So the building didn’t actually exist yet and they couldn’t get the surrounding shots they needed to demonstrate it’s location and surroundings. This created a bit of a speed hump for the film crew, but it wasn’t impossible. To bring the city to life, Lush’s animation team used a combination of Google Earth data, some very cool plug-ins, and a lot of tedious planting of fake trees.

The end result was a high class, contemporary video, full of desire. Who doesn’t want to live the carefree, resort life, yet also be on the doorstep of the Swan River?

Generating over $50 million in apartment presales, Finbar’s Civic Heart development experienced a very successful pre-launch campaign in early 2020. Yet this project was like nothing they’d created before. They wanted luxury and extravagance, to evoke a feeling within viewers.

Lush and their sister agency, Dear Storyteller, worked on the project together with a vision to bring the promise of Civic Heart to life.

Dear Storyteller’s general manager, Mike Drysdale, formulated a poem that he voiced over the action on screen.

Together, what they created was a vivid demonstration of life on the South Perth foreshore. From picturesque sunsets to socialising at local bars and cafés. The imagery complimented the poem in a way that encapsulated the luxury of this 360 degree architectural landmark.