Can a bad video ever be good for your message? 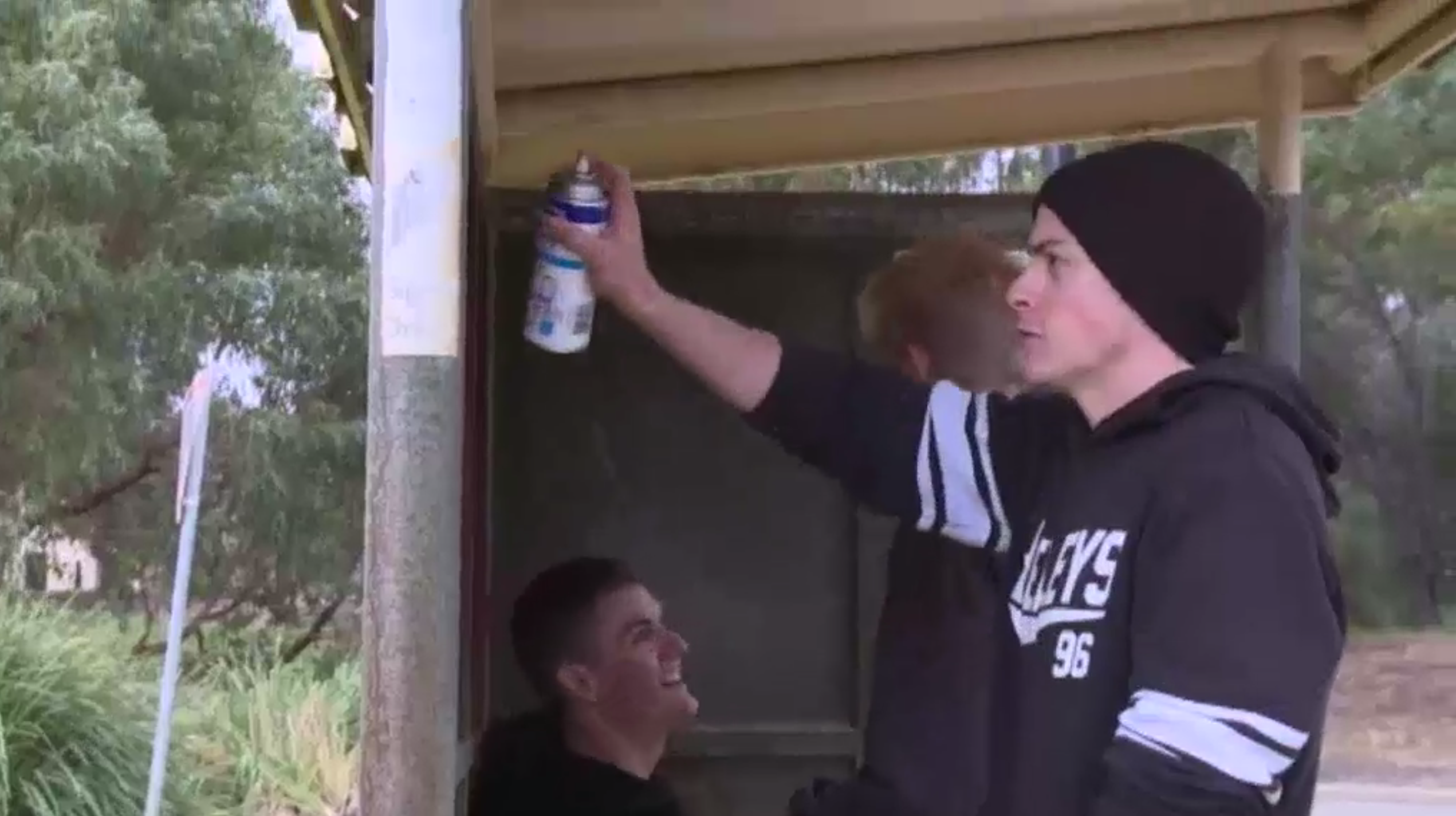 Just when you thought it was safe to go back to your paleo pear and banana bread, the WA Police released their ‘Goodbye Graffiti’ video and once again turned the spotlight on bad video production.

It’s like they watched the Game Changers video and wondered how they could make something even more cringe-worthy. The video follows a lucky couple as they skip happily down Oxford Street in Perth’s bustling Leederville coffee strip, taking in all the delights on offer. It looks like we are witnessing the beginning of a spoof, harking back to the glory days of corporate video productions in the early 90s. But, alas, it soon becomes clear this isn’t the case.

Our handsome hero is clearly out to impress, bending down to pick up a bunch of flowers for his girl, only for the flowers to mysteriously disappear in the next scene. (Clearly the reward money for snitching doesn’t extend to paying for a cheap bouquet).

As they sit down to enjoy their coffee, the woman asks the question we are all thinking, ‘what is this all about?’ It turns out our man had witnessed the most middle-class-looking bunch of teenagers in history tagging a local bus stop and had taken matters into his own hands. He’d reported them to the police and as a result of his good deed, he is handsomely rewarded with enough money to buy two coffees: roughly $10.

Where I grew up ‘snitches got stitches’. It turns out in Leederville they get lattes.

What went wrong with this video?

It really is so terribly made it would’ve been better if it was a spoof. The music is awful, the crash-zooms should have no place in 2017, and the acting is so bad the couple could easily work at the Department of Finance. But, this video has now been picked up by the media, shared and commented on countless times and no doubt reached a far wider audience than if they had made a half-decent video that did a half-decent job.

Just like the Department of Finance’s Game Changers, which was rightly ridiculed, the WA Police can now argue that in fact this has been much more successful and had a far wider reach than they could’ve hoped. At present it has been watched nearly 250,000 times on YouTube.

So, the question that comes from all this is whether bad really is the new good?

BNR 131: The dos and donts of corporate video

How much does a corporate video cost?