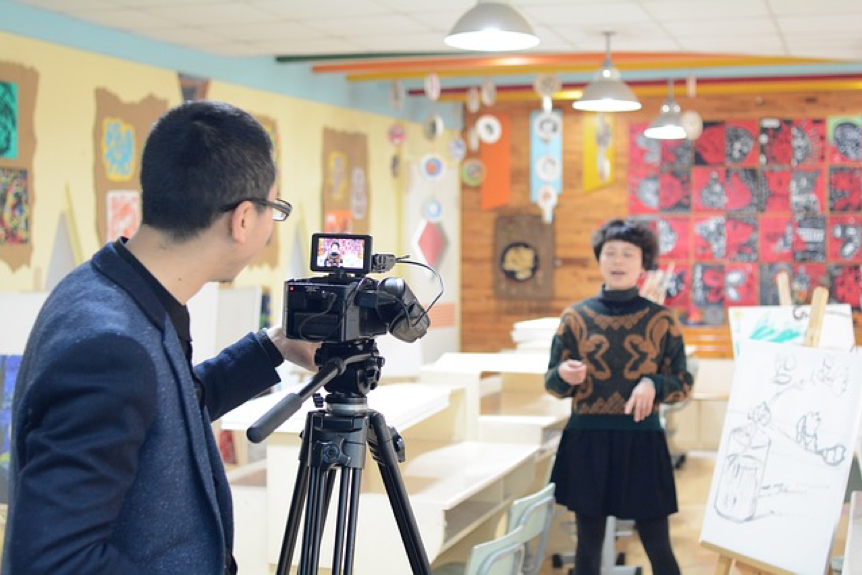 At the heart of many a good video production is a good interview.

It’s something I’ve been thinking about a lot lately. With the somewhat fragile economy leading to lots of restructuring, streamlining and job losses, we’ve been training quite a few companies to conduct their own interviews for simple corporate videos to use on intranets and internal social channels.

Whether they’re delivering bad news or reassuring news, it’s really important for these companies to get these sorts of messages — and the interviews behind them — absolutely right.

So, here’s our guide to conducting an on-camera interview that’s going to achieve what you want it to, put your talent at ease, draw out the best from them, and make the interviewer like the next Oprah Winfrey.

General preparation for your video production

The first question to ask yourself is “what do I want my audience to go away with once they’ve seen this film?” Or, to put it another way, “what do you I want them to do?”

Once you’ve answered that, work out what your key messages are that are going to achieve that. Aim for three, not 33. With a short, engaging corporate video production, less is more.

Now, who is best to deliver on those messages? Who can talk with authority here?

Work out how you see the story flowing. What’s going to grab your audience at the start, what’s the meat of the interview, and how are you going to finish it?

Imagine what this film looks like. Is it just an interview? Will there be footage covering some of it to reinforce these messages? If so, what are we going to be seeing? For example, if the CEO is talking about the exciting times ahead with construction of a new premises, can you capture those visuals?

Advice for the interviewee in any corporate video

So now you’ve worked out the basics of who’s saying what, it’s time to prepare your talent.

I often prefer to give interviewees key messages or topics rather than scripted questions. Supplying the questions often leads to the talent lying in the bath with a glass of wine the night before, learning their answers. Then as soon as the camera’s turned on the morning after, they try to remember what they learned whilst partially submerged in Radox, rather than providing genuine answers in the interview. It’s not ideal. We want to see them answering passionately from the heart – not just from the head. 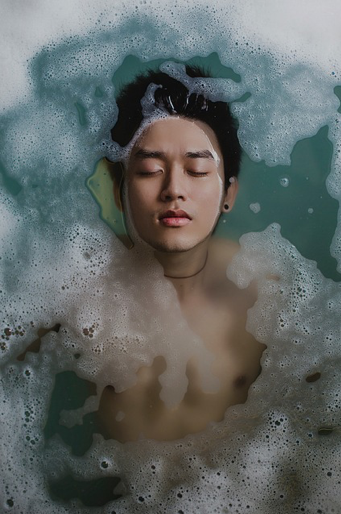 You’ll also want to tell your interviewee not to wear thin-striped shirts or busy patterns as these can strobe on camera. Block colours are always better.

RELATED: 3 things to think about when filming a corporate video

Once the camera is set up and you’re about to roll on the questions, give your interviewee a little advice about being on camera.

Tips on conducting a great interview, for the interviewer

When you’re preparing for an interview, if you’re full of nerves, it’ll rub off on your interviewee – especially if they’re green at this, too. We often assume each other’s energies, so be mindful of coming across confidently. Fake it if you have to!

If this warrants it, and you’re interviewing someone you’ve never met before, ask them a few things around the interview topics while the camera’s being set up. This can quite often lead to them chatting about pertinent things you can include in the interview that otherwise you might not have known. 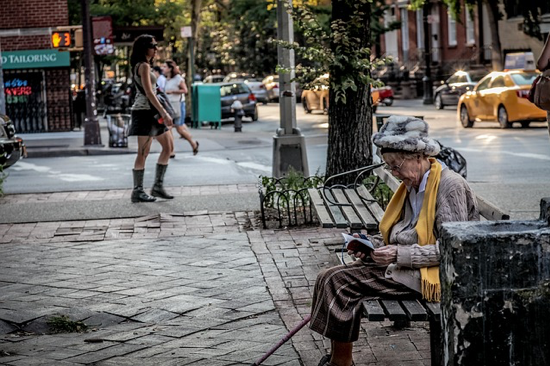 I was interviewing someone the other day about living in residential accommodation – it was a promotional piece for a care service. I hadn’t been given any information prior to the interview so knew very little about her. Whilst chatting about her life while the lighting was being sorted, she told me about a group of eight friends – all in their 70s, 80s and 90s – who tended to meet up every Saturday afternoon (sometimes with alcohol, I was told) on a bench in the sunshine and “put the world to rights”. Such a lovely image, and a wonderful message to bring out in the interview.

RELATED: How to ask great questions in an on-camera interview

Some final tips for getting a great on-camera interview

When you’re new to interviewing, I’d suggest writing down your questions as a guide.

Make sure they’re open-ended. Use phrases like “tell me about…” and “what do you think about…”

Quite often people will go off at a tangent in their answers and, most of the time, it’s fine to let them go (unless you’re on a deadline). Just stop them when they’ve been allowed to talk for a bit and bring them back to the subject with something like “I loved the bit about x you were telling me about. Could you tell me more about that?”

Sometimes, they’ll give a cracking answer, but you know it’s just too long for the film. Again, something along the lines of “I need just that sort of answer, but now, can we keep it to just a few sentences” does the trick.

As you do more interviews, you’ll start to edit the answers in your head so that, even if they’re waffling, you’ll be able to pinpoint if there were some useable soundbites amongst it.

And here’s my single biggest piece of advice: Listen!

All too often you hear people interviewing and someone gives them some absolute gold, but the interviewer doesn’t follow up on it. If you’re too busy thinking about what you’re going to ask next, chances are you’ll miss out on some really great content.

Lastly, think about how you’re going to finish this film. I always give myself some options by making sure my last question is along the lines of:

When you break it all down, with so much to think about, interviewing someone can seem a bit daunting. But interviewing, like everything else (apart from golf, possibly) gets easier the more you practice. So, I would say take the advice onboard and keep coming back to it but, once you’re in the interview, don’t overthink it.

If you need help with your next corporate video, get in touch with Alex.