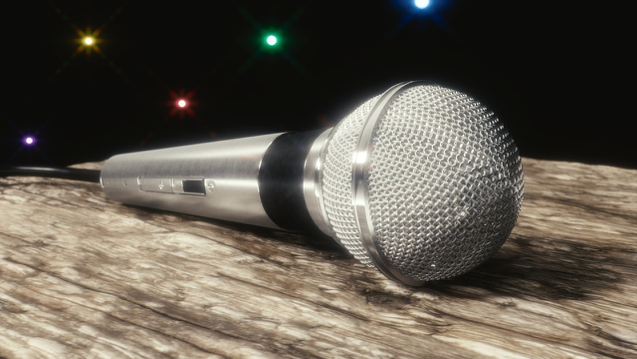 Sometimes it’s like pulling teeth. You’ve got your questions, you know the information you need to get out of the person sitting opposite you, but you just can’t quite extract it.

Over my career as a journalist, I’ve probably interviewed tens of thousands of people. I’ve had them all — from the stunned mullets to stonewallers, from the single-word answer guys to people experiencing shock.

In the marketing world you don’t necessarily come across all the archetypical “difficult interviewees”, but you will occasionally come across someone who’s tricky to get answers from. Whether you’re interviewing someone for a blog post, a podcast, or a corporate video, or even if you’re just trying to get a foot in the door to bring them on as a new client, there is a bag of reporter’s tricks you can use to get the conversation flowing.

Let’s look at some of the toughest kinds of interviewees and how to deal with them.

If someone’s never had an article written about them before or it’s their first time on camera, the whole thing can be a bit daunting. They’re awkward; they’re uncomfortable; they feel like a fish out of water. First-time nerves can hit anyone — even incredibly accomplished people.

The trick with first-timers is to (metaphorically) hold their hand. Explain to them how things work, what is going to happen, and that you’ve got plenty of time to get it right. Take any frantic energy out of the room. Don’t interview them so much as chat to them. Let them feel like you’re having a natter over the kitchen table with a cup of tea.

If they’re nervous about saying something wrong on tape or what you might print, let them know they’re not live to air, everything will be edited and — importantly — they’ll get to see it before it goes out to the public (that last bit is a luxury marketers often have that journalists don’t).

I love a boffin. But the trouble with being an expert in a particular field — particularly if it’s something deeply technical like a field of scientific or medical research — is that the message can sometimes be completely indecipherable.

The trick journalists use is to remind the interviewee that everything needs to be pitched at a level that a 12-year-old could understand. Even extremely complex ideas can be simplified into “layman’s terms”. Jargon can be replaced by common words; fine detail can be edited out. Someone viewing a corporate video doesn’t need to know about your research to the same level as a scientist peer-reviewing your paper — keep it simple.

But, just in case you come across it, here are some common tips for handling it:

Again this is probably not something you’ll come across too often in the marketing world but say, for instance, your client is a community group that’s trying to stop a development going ahead or is angry that services are being reduced. It’s entirely possible you might need to interview some angry people for whatever campaign content you’re creating.

If you’re interviewing someone who is angry, try to take the heat out of the situation. Empathise. Explain that you’re giving them their chance to have their say. Urge them not to swear or you won’t be able to use their audio or footage.

Also, angry people can be very entertaining, so try not to laugh. Sometimes that’s the hardest part.

Not intruding on grief is a journalistic ethic (although I know many of you will find that hard to believe). Sometimes you’ll need to interview someone who is in shock, traumatised, grieving, or simply deeply upset. Perhaps this trauma happened a long time ago but asking about it will make it all feel as fresh as the day it happened.

If you have clients in the medical profession, for example, you could easily find yourself in this sort of situation.

Firstly, understand the sensitivities of the situation. Find out what they’re comfortable talking about “on the record” or on camera and what they’re not.

Be patient. Don’t rush these interviews. Ask questions that open up the conversation, like “tell us your story” and allow them to tell it in the way they are most comfortable. Provide little prompts where necessary. Most people relating traumatic stories will have a preferred and practiced way to talk about it.

If the person is particularly traumatised or upset, ensure there is a close relative or friend nearby to offer support. In some instances, these people can become the most important person in the room — they either become the mouthpiece for the talent or they help give the talent enough courage to speak for themselves.

The very young and the very old

With the greatest respect to the very old and the very young, they often make the worst interviewees.

When I was a cadet I was constantly sent out to interview little kids doing great things in their chosen sport, or perhaps they were their “mummy’s little medical miracle”. Whatever the reason for the interview, and no matter how delightful and cherubic their little faces, they were never a good interview.

I was also sent to cover a ridiculous number of hundredth birthday parties. (Sending a cadet reporter to a nursing home to repeatedly and unsuccessfully ask a centenarian how excited they were to get their telegram from the Queen is to journalism what a left-handed spanner is to the construction industry.)

Invariably, in both the very old and the very young, you get one-word answers. The trick is to have a close relative nearby who can act as the mouthpiece.

The “been burnt before” guy

Sometimes people simply don’t want to be interviewed because they’ve had a bad experience before. These guys are the hardest of all to deal with because they feel like they have nothing to gain and everything to lose by talking to you.

These folks need reassurance that you’re not there to do any wrong by them. Again, a luxury we have as marketers that reporters do not have is that we can offer to show them the article, audio or video before it is published. That should help to put them at ease. Having done that though, it might still take them time to warm up to you.

If you’d like to work with a content marketing agency that knows how to get the best out of talent, contact the team at Lush – The Content Agency. We have an international team of professional journalists who have spent their careers interviewing people for print and broadcast media and telling their stories.