Why being reactive should be part of your strategy 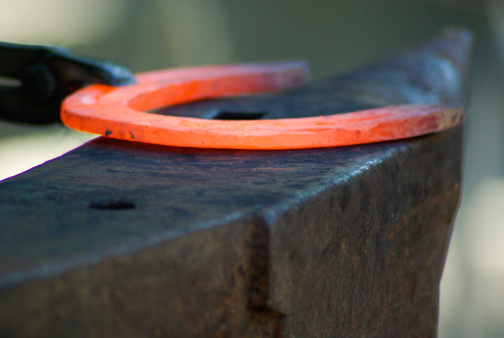 Here’s something that’s probably missing from your editorial calendar: Adrenalin.

In a traditional newsroom, adrenalin is a part of daily life. It’s one reason why the news game is so addictive. Journalists love rushing around, interviewing people, getting all the facts, filing articles from the field, “crossing live” back to the studio and beating the opposition to the story. It’s a fast-paced, competitive, stressful, and fun environment. It demands clarity and accuracy in difficult and stressful situations. It requires the journalist to be reactive.

Strike while the iron is hot

Why? Because news is only news while it’s new.

Over some 17 years in traditional journalism, I’ve lost track of how many times I’ve said that to someone. Usually I’d relate it to a public relations operative who was pitching me a story idea several days after the event happened or a day after I’d seen the same story appear on an opposition news service.

Again, why? It’s all about the audience. Human beings get bored quickly. No one wants to read yesterday’s newspaper because the news doesn’t feel current any more, even though that paper might still have some great stories in it. Equally, if someone sees a headline and they think they’ve already seen or heard the story elsewhere, unless they’re particularly interested in the subject matter, they will skip that story and move on to the next one. News is time-sensitive.

This is why it’s important your editorial calendar is reactive. You need to inject some adrenalin into it to make it as interesting and enticing to the reader/viewer as possible. That way you’re turning yourself into a news destination and people will actively seek out your content because they know it’s good.

Pay attention to the world around you

Pay attention to the news. If there is a major event or development that your enterprise has an angle on, create some content around it quickly. The sooner you can get something published and amplified through your social media and distribution networks, the more people will see it.

This also gives you the best chance of having your content picked up by mainstream media. The window of opportunity here is very, very narrow. Get it right and you could soon find yourself popping up on the evening news as an expert in your field or being quoted in newspapers around the country. Wait 24 hours and no one will be interested.

Build the ability to be reactive into your editorial structure

Be like a Boy Scout and always be prepared. You never know when news will happen and you need to be ready to respond quickly. I know journalists who always kept sturdy shoes, reflective vests and spare ties in their work desk, just in case they were unexpectedly sent to cover a bushfire or interview the prime minister. Some even kept overnight bags.

You’re probably thinking it’s all well and good for me to say, “respond quickly”, but creating content takes time and your organisation or client probably has approvals processes with long lead times. And if that’s what works best for everyone involved on a day-to-day basis, that’s fine. It’s not, however, going to help you exploit that “narrow window”.

When you’re establishing your editorial processes, come up with a streamlined version that allows you to respond to major events quickly and accurately. Be prepared to suddenly sit down and write a blog post at 9pm and have your boss or client approve it so it’s there for your audience to read first thing in the morning.

Have some responses ready to go

Quite often you can prepare for news that hasn’t happened yet. For example, we know bushfire season happens every summer, even if we don’t know when a fire will occur. It’s entirely possible to create really informative and important content advising people what measures they can take to protect their home in the event of a major fire incident and have that ready to go when a fire inevitably breaks out.

Being reactive is all about being relevant to your audience. Ask yourself what kind of content, information and advice they would expect from you and deliver it in the timeliest way possible. Remember, yesterday’s news is tomorrow’s chip wrapping — act quickly.