Now you nose: How to fix a problem in post-production 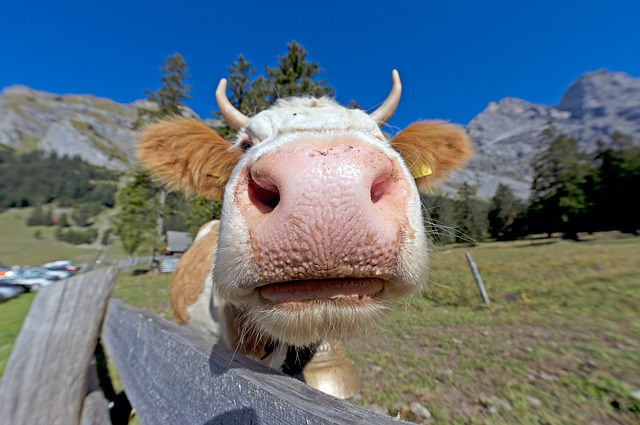 It is amazing what can be done in the post-production process to fix mistakes that sometimes get missed when filming a video.

Recently Lush produced a dramatized video for a client which had one unfortunate oversight — thanks to a tight close-up and the low angle of the camera, it was possible to see up the talent’s nose for a large portion of the video and, regrettably, an unsightly ‘booger’ was proving to be a distraction.

Unsurprisingly, our client found the sight undesirable and asked if we would be able to hide it. We were. Here’s how we did it.

How to fix a distracting problem in post-production

The first step in any such fix is to track the movement of the object throughout the scene in order to hide it. The point tracker included with Adobe After Effects wasn’t suitable for this task as it can only track single points of high contrast across the screen; it doesn’t record changes in the shape of the object it is tracking.

So, we utilised the power of Mocha Pro by Boris FX to quickly track the movement of the nostril throughout the frame as well as changes to its shape and its orientation towards the camera.

As Mocha is a planar tracker rather than a point tracker, it tracks an area of pixels and records changes to the position, scale, rotation, shear and perspective of that area of pixels from one frame to the next.

FURTHER READING: How to create a 3D model when you can’t use a drone

After tracking the nose in Mocha, we now had an outline of the nostril which accurately followed the rather animated movements of the talent in this dramatised piece.

We imported this information back into After Effects, where we could then hide the offending object by covering it with a patch of colour that was the same as the surrounding nostril.

As we had used a planar tracker, the patch of colour not only followed the position of the nostril, but it also changed its shape along with the nostril so it matched the footage perfectly.

In order to hide the fact that the nostril had been covered up, we needed to feather the edges of the mask that Mocha had created so there was a soft transition between the footage and the fake nostril.

We also noticed that simply covering the nostril with a solid, unchanging colour wasn’t going to work since the nostril changes colour slightly when the talent’s head is at different angles.

To fix this, we used the data generated by Mocha to create a Null object that follows the nostril’s movements, and applied the following expression to the colour property of the patch covering the nostril:

This expression returns the average colour of a 2×2 pixel area from the original footage at the location of the Null object, and changes the colour of the patch to that colour.

This means the patch will always match the colour of the surrounding nostril and will blend in perfectly. We were then able to deliver the final video without the unsightly distraction of the booger.

If you need to work with an incredibly talented video and animation production team for your next corporate video or social media video project, get in touch with Lush.