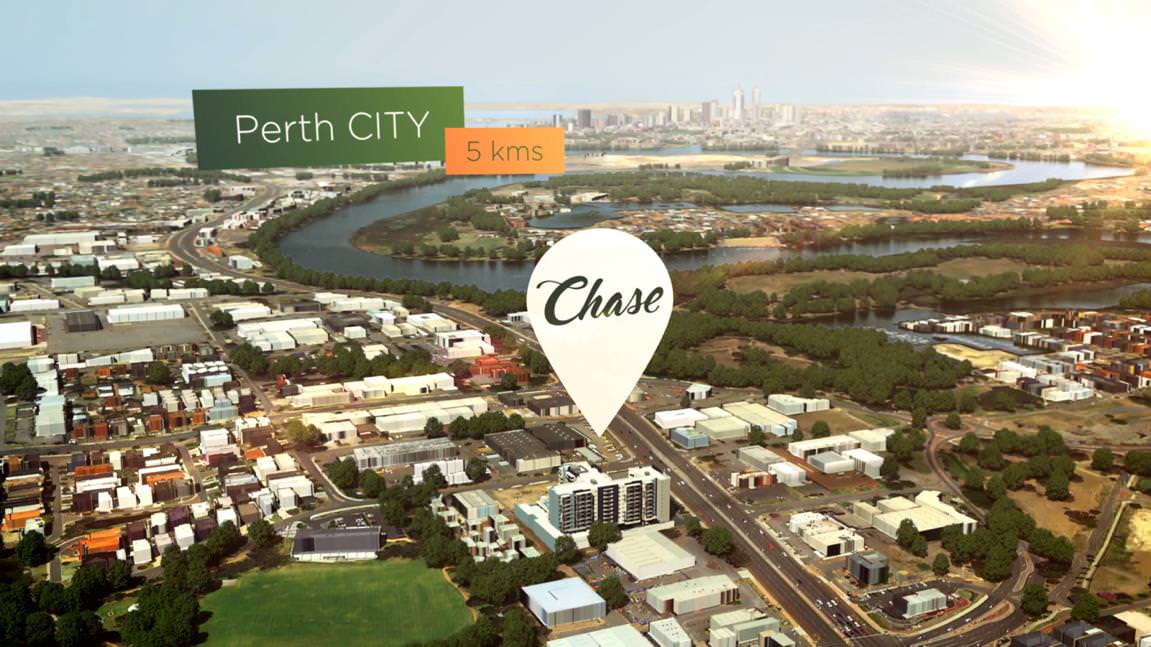 Every video project we work on at Lush has some element of problem-solving to it. One project we worked on recently was a classic example. It was for a property developer in Perth and it presented us with a particularly big hurdle to overcome — the kind of corporate video challenge we love sinking our teeth into.

The video was for a new apartment development. Typically for a project like this we would capture drone footage of the location where the apartment is going to be built, then track the camera movement in 3D and insert a 3D model of the building into the footage. You’ll have seen these sorts of videos dozens of times. They’re the sort of corporate video that developers typically use in their marketing.

However, as this particular development is located just three kilometres from the airport, it falls within the “drone exclusion zone” (that’s a real thing!) so we weren’t able to capture drone footage of the location. We needed to come up with a solution.

So, instead, we created a 3D model of a large portion of the city, textured with satellite imagery. Using the plug-in DEM Earth for Cinema 4D, we were able to create a 3D landscape of the city of Perth.

Our first step was to texture the 3D model of the apartment, which had been supplied to us by the client, using still renders as a reference. 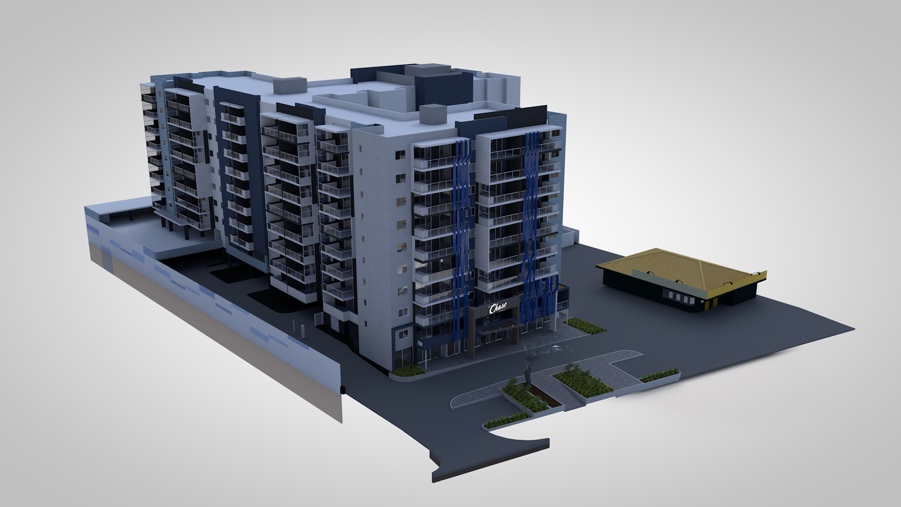 Adding texture to the 3D model of Perth

After we finished texturing the 3D model of the apartment building, we accurately placed the 3D model in the correct location on the map. We knew the map would need to cover a very large area, as we needed to show the development in relation to the airport and the Perth city centre. So, we broke the map up into a grid of 151 separate tiles covering two kilometres by 1.3 kilometres each.

This allowed us to use very high-resolution satellite imagery in the areas closest to the 3D camera, while using lower-resolution images further from the camera. This drastically reduced the amount of data we needed to download and keep in memory while rendering the 3D scene (that said, we still needed 2.41 gigabytes of texture data).

Our next step was to focus on lighting by adding sunlight, a sky and fog. 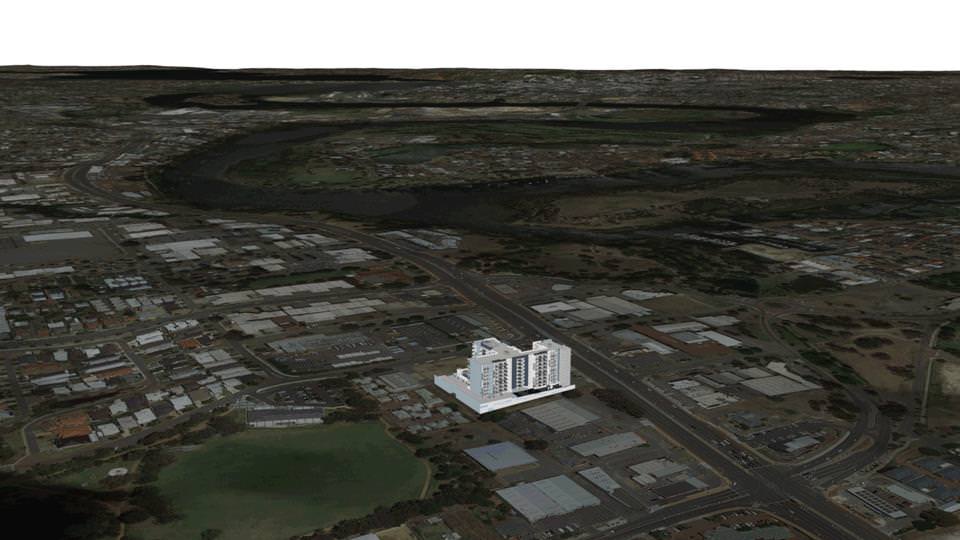 Next we wanted to give the environment some height. Using Open Street Maps’ data of building outlines, we were able to extrude simple shapes for hundreds of buildings around the Perth CBD, all with an accurate outline and height. Open Street Maps didn’t have any building data for the suburbs, so we had to manually draw the outlines of hundreds of buildings surrounding the development in order to help “sell” the look. We even went to the effort of replacing some of the automatically extruded buildings in the city centre with freely available 3D models of those iconic buildings, to help make the Perth skyline look correct.

We decided to add realistic 3D trees to the scene to help make the landscape look less two-dimensional. We used 3D trees by Laubwerk and used their plug-in SurfaceSpread to naturally distribute hundreds of thousands of trees across the landscape without overlapping each other.

FURTHER READING: Why 3D modelling is perfect for your next video

We used a filter on the satellite imagery, along with some manual tweaking in Photoshop, to restrict the tree distribution to only spawn in the dark green areas of the map. This made the trees appear only in the areas where trees were already growing on the map, and prevented them from spawning in the middle of buildings or the river.

The satellite imagery of the river wasn’t looking right. It didn’t look like water. So my solution was to create a new 3D object that covered the area of the river. I applied a material to that object which had the reflective properties of water. Then I took a copy of the satellite imagery into Photoshop and used it to create a black and white mask of the Swan River. This mask is used in Cinema 4D to restrict the visibility of the river object to be the same shape as the Swan River. 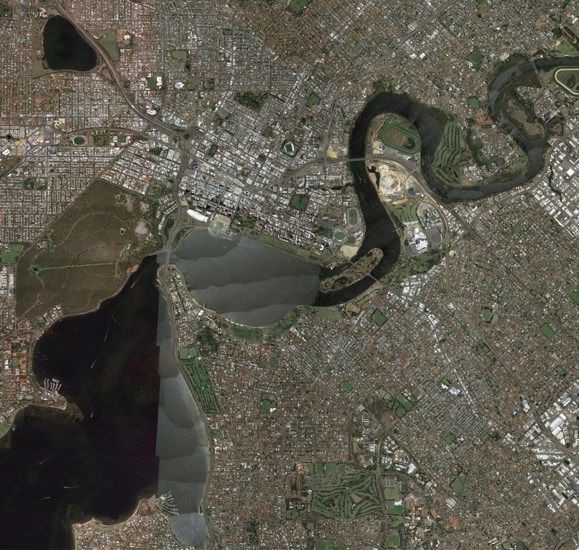 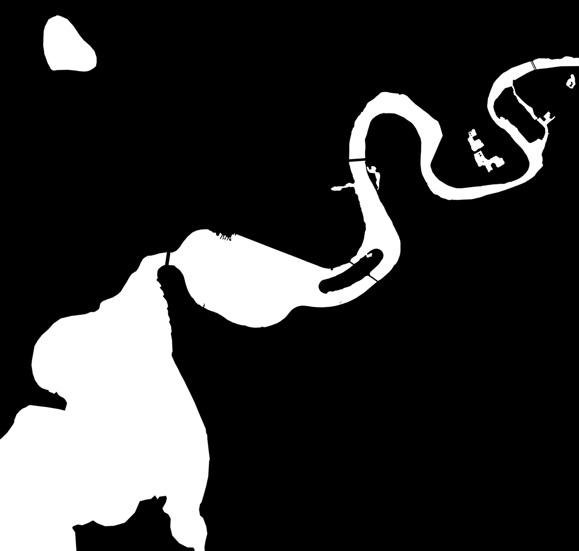 After some final colour correction in After Effects and some additional graphics, we had managed to create drone-like footage in an area where we couldn’t fly a drone. Take a look at the result:

If you need to work with an incredibly talented video and animation production team for your next corporate video or social media video project, get in touch with the team at Lush.