This will shock you! (Why clickbait headlines work) 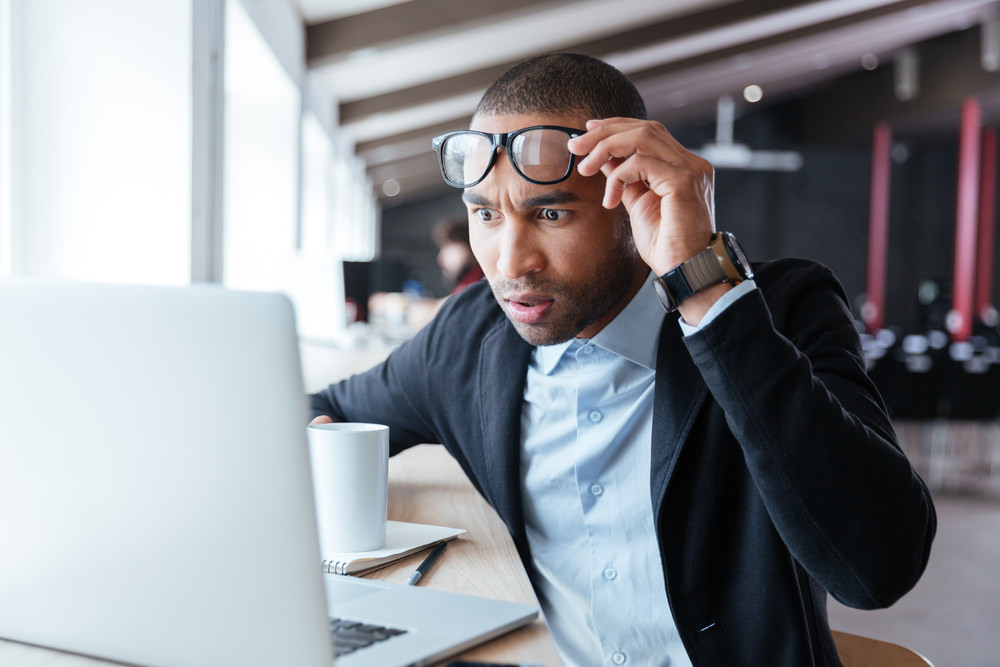 The internet has given us many wonderful things: social connectivity; convenience in shopping, banking, and education; immediate news; and so on. Something that does not fall into this category is the nauseating clickbait headline. You know the ones:

“What you’ll read next will shock you.”

“This will blow your mind.”

“You’ll never believe what happened next.”

As we all know, none of these things eventuate. We’re never shocked and minds are never blown. To be fair, sometimes the third one might be accurate because we can’t believe we fell for the copywriter’s cleverness and clicked on that headline (what were we thinking?). One or more of the following will happen when you enter clickbait-land:

Most of us are wise and internet-savvy enough to know that you avoid clickbait at all costs. But people still fall for it all the time. After all, those sites are still alive and kicking — and many are earning a very decent sum — and the victims do include those who clearly recognise clickbait and should know better (I’ll reluctantly admit that I’m a member of this group sometimes).

The below appeared on the bottom of a respected media organisation’s site. As much as you might not care about any or all of the topics, they do invoke a little voice that says ‘why?’. This is clickbait 101.

What is clickbait, anyway?

This isn’t as clear-cut as you might think. Is it the headline, the article content, or both combined? Is it headlines that over-promise and under-deliver or is it one that deliberately misleads? Is it the headline style or is it advertising that masquerades as articles? And, is clickbait only for blogs or also silly but shareable quizzes, infographics and photo listicles?

Typically appearing at the bottom or sidebar of a story under ‘Promoted Stories’ or ‘Around the web’, clickbait often appears on legitimate and respected news websites. This tricks people who are absentmindedly scrolling to the bottom of a story and see an eye-catching image that simply looks like another article from the same site.

It certainly does. Perhaps not as well as its heyday a few years ago, but it still does.

We might be wary of the stereotypical headlines I mentioned at the beginning, but we do still fall for other, more sophisticated clickbait. Before you think you’re better than that, clickbait has been around for a really, really long time. And the format is irresistible for our brains. Copywriters and journalists, including brand journalists, are very clever at creating these curiosity-sparking headlines.

Newspapers and television news have always used headlines to entice us to read on or keep watching. We had entire lessons back in journalism school that taught us how to create catchy titles. It’s a proper copywriting skill. Without intriguing headlines that capture attention in a split second, the audience simply wouldn’t read on. The difference is news headlines (usually) have factual content and substance to back them up. If you’re interested, Columbia University in New York has a great guide to creating news headlines. All titles should pass the TACT test: Taste, Attractiveness, Clarity and Truth. So they must be in good taste, attract attention, communicate effectively, and be accurate — but they mustn’t ever mislead or exaggerate.

The link between traditional news and internet clickbait is probably the tabloid. The titillating headlines in these publications were the forerunners of the internet clickbait headline. Readers routinely had a provocative carrot dangled in front of them by subeditors and copywriters, accompanying what usually turned out to be the most mundane story. Tabloids were in a league of their own and undeniably changed the media landscape with their formula. Those magazines sold by the truckload, so it shouldn’t come as a surprise that the online 2.0 versions do well too.

Why do we fall for it?

These sites and the tabloids appeal to a nice little quirk in the human psyche, and it’s all thanks to curiosity. The words tease you with a taste of information that serves as a cliffhanger — much like TV’s ‘we’ll be back right after the break with the winner’. We suddenly need to know the answer to something we didn’t give a hoot about five minutes earlier. This phenomenon is known as the curiosity gap.

Use clickbait principles to your advantage

Don’t reduce your headlines to a dull, grey sentence just to avoid sounding like clickbait. We recently published guides to writing great headlines and ledes to help you with this (they’re filled with great tips from our team of brand journalists and copywriters here in Perth).

Even if you don’t want to use actual clickbait, you should take advantage of the psychological mechanisms at work:

There are some humorous consequences of clickbait. One is Twitter’s #historicalclickbait with fake titles like “5 people who shouldn’t have survived the Titanic” and “You’ll never believe what Henry VIII did next!”. These might even pique my curiosity enough to click.

If you want to work with a team of brand journalists and copywriters who understand how to attract an audience, contact Lush — The Content Agency.