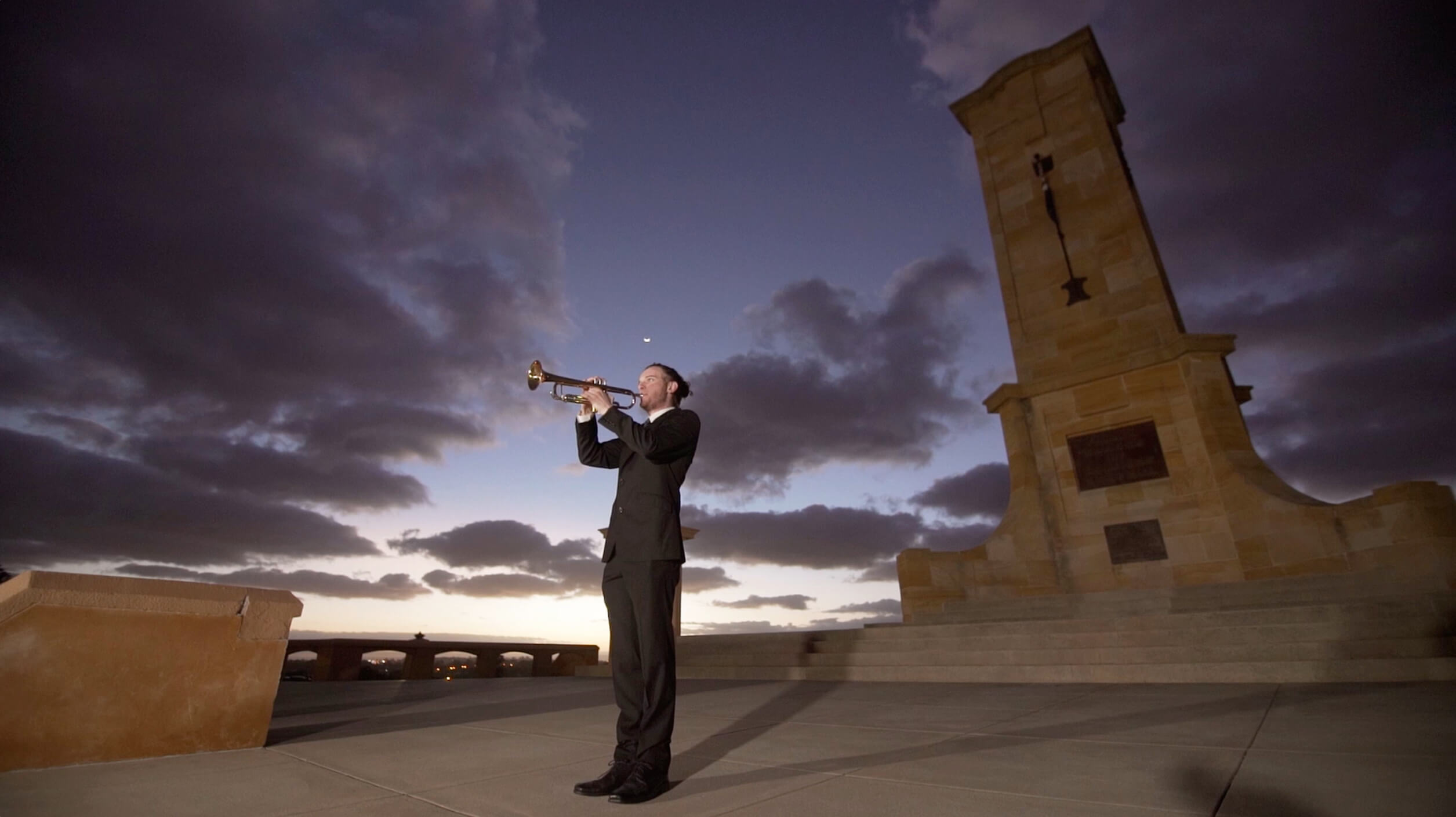 With so many people affected by social distancing restrictions this April, this left a big question for Legacy WA. What do we do for ANZAC Day, and how do we get the donations for the families and veterans in need?

“We were on the path of doing what we would ordinarily do around our Anzac day campaign period,” says Vivian Blanches, Legacy WA’s CEO, “shaking the tins and collections around the CBD area, train stations, Bunnings and shopping centres all around Anzac Day.” With the onset of COVID-19, however, it took the option of face to face collections away from them, and so they came to Lush.

We needed to get their message out to bring in donations and find a creative solution to avoid cancelling their biggest event of the year.

The solution? To tackle the ‘virtual event’ space.

“We spoke to Legacy WA around the changing trends in media consumption,” says Clare Reid, Lead Copywriter at Lush. “People were staying at home and still trying to engage in face to face events that they would normally attend in person, online – so we pitched an online Anzac Day commemoration for families.”

The problem was finding the right ‘voice’ for such an event, getting funding, and pulling together a live-streamed Anzac Day event during the height of COVID. Once a sponsorship proposal had been put together, Lush CEO Glenn Bergsma got on board and connected Legacy WA to businesses with the values to create long-standing working relationships moving forward.

The project as a whole didn’t have a green light until the sponsorships came through. Once this occurred, we had 12 working days from start to finish; including media PR, key messaging, brand conceptualisation, and a splash for the YouTube page, plus pre-production, production, and post-production of the live stream.

The pitch to all of the sponsors was primarily that we wanted them to be a part of an opportunity to connect to the Western Australian public through a not-for-profit who was supporting some of the most vulnerable people in this particular time. Also to make sure that we were still able to remember those veterans who have given their lives, because that is the cornerstone of Anzac Day in the Australian calendar.

Vivian Blanches, CEO of Legacy WA, says “traditionally we look after widowers and children of deceased veterans. But in the past couple of years, we’ve been trying to change or pivot so that we can also support the families of living veterans who are incapacitated in some way, shape or form.”

This opened up a new messaging and new reframing for Legacy. The new generation of messaging needed to evolve to retain relevance with the new market, the younger veterans, and young family members of veterans affected in more recent conflict, loss or struggle. “A lot of the content that we saw visually, such as the interviews that were done, were with young kids whose parents aren’t from World War II; they’ve come from recent conflict. So, in regards to the virtual event, it was about crafting a narrative around their experiences as well,” said Clare Reid.

Through research and branding strategy, a clear brand alignment was found and fed through all the messaging; from media, the organic socials, the landing page and even production and scripting. By presenting families that were of that younger cohort, and families from the next generation of veterans, we began the process of changing Legacy WA’s messaging moving forward.

“This is the beginning of what will be a continued effort to change the narrative of what we do,” commented Vivian Blanches.

Once the messaging and pre-production were in full swing, we had 5 days to create 12 different pieces of content, and then turn it into a live event. With no time to hesitate, the team got to filming; starting at five o’clock on Monday morning and finishing late with a Friday night rehearsal, with all the photography, footage and filmed segments in place.

Remembering the production process, Alex Lush said, “It was totally crazy. I was in contact with the families who were sending stuff to our Dropbox folder, whilst I was out filming with the Governor; not only their iPhone interview footage, but also photos to go with the footage, that we then had to edit into a proper package to play during the live stream.”

There were three or four families that we spoke to as well, and they were brilliant. A couple of the sons from the Gallagher family actually did the recording. They helped their mum and did a great little piece to camera, of the two of them, about what Legacy meant to them, about losing their father, about the fact that their brother is now in the forces.

When Saturday’s live stream came around, broadcasts were scheduled on Facebook Live, YouTube, through Legacy’s landing page, and even on 6PR. “We engaged Nick Hayes from Media Stable. He came on as media partner and was able to get some great media coverage in the lead up to the event,” says Clare Reid. “He was able to also secure a live broadcast through 6PR at the same time as we were broadcasting, which was a great match to our audience.”

The amount of media coverage leading up to the event also helped in terms of impact and audience reach; including a few segments on Channel 9 promoting the event thanks to Nick Hayes.

For Legacy WA, it means continuing on this path of a renewed message and brand ‘voice’; opening up to this new market of younger veterans and young family members of veterans affected by more recent conflict. “This virtual event was a step in the right direction to show how their brand can evolve to stay relevant and keep moving forward,” explained Clare Reid.

I have never produced anything like this before. I’ve never been involved with a production like this. For Lush to have pulled this off with the people that it did, it’s absolutely amazing; and with the constraints and restrictions around COVID as well. Everybody was all hands on deck for this particular project, and it was unbelievable. If we can pull this off on that short notice, in these conditions, then we can do anything for Legacy.